Part of the point of marches like the one today is to attract attention, so naturally there were a lot of outrageous sights. Some folks I thought were trying a bit too hard, others didn't do a very good job, and others... I took a picture of. 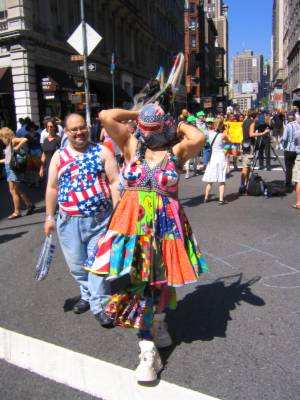 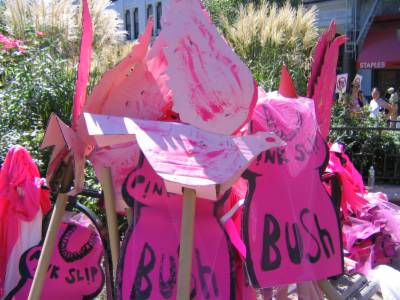 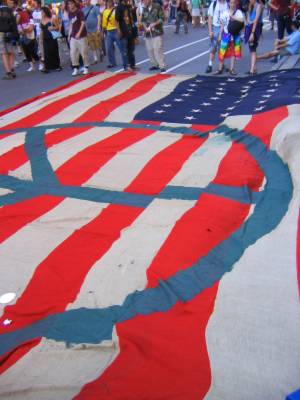 This flag had three rows of 7 and three rows of 8 so... 45? I don't know anything about antiques, but seems like something you wouldn't want to paint on. 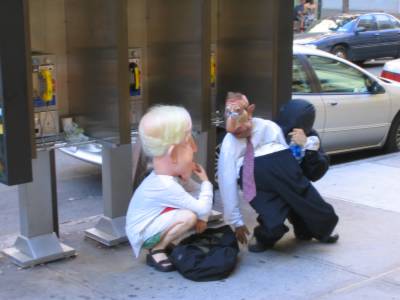 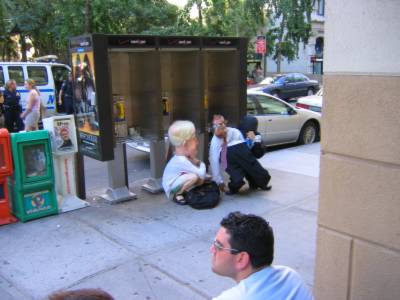 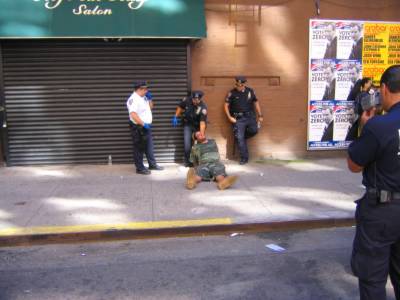 The obligatory arrest shot. I got there after the arrest, but I think this guy mighta had it coming. No one was too worked up about his fate even though everyone (including the cop on the right) was filming it. Even sitting on the sidewalk he was pretty beligerent. 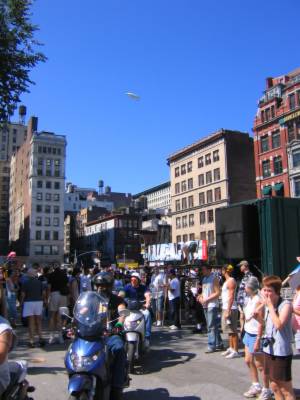 I was lovin' the blimp all day. 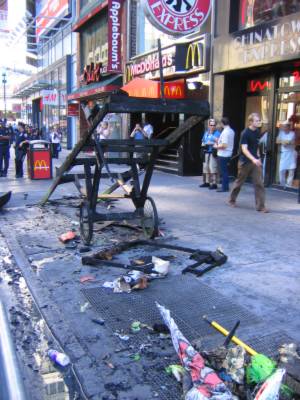 What the heck happened? 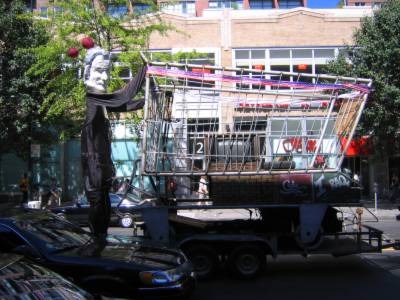 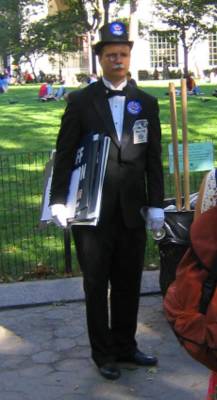 As I mentioned, the Billionaires for Bush are really effective. Not only do you know exactly what they're talking about as soon as you see them, but they're fun to look at and the media just loves them. They were all over the place today and everywhere they were there was a pile of cameras eating them up. 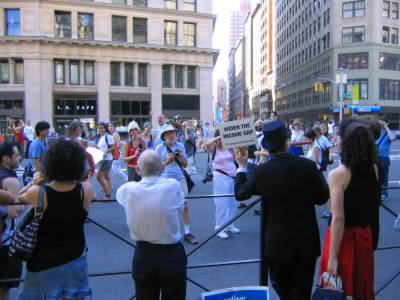