These are my photos of Ricky Fante in City Hall Park this past Friday. He was good, but the energy was a little low. If I have any advice for that band it's to play up all of the members. They're all playing like they're secondary to Fante, but really, he doesn't make for much of a showboat. But the horns are tight, the organ is cool, the band is good. They need to watch Blues Brothers a few times and learn how to play as a team. I think I'd also rather seem him in a club. It was hot as heck, there are tiny little bugs flying around in that park, and I got the feeling a lot of people were there for the next act, not him. All contributing to a generally wonky vibe.

As long as I'm complaining, this is the millionth time in a row that I'm posting free weekend concert photos. I'm not complaining about the concerts, but I'm getting kind of sick of how the photos come out. Crowd shots with a tiny stage in the distance. So I tried to move up closer this time, to get something a little more like an action shot of the performer or something with a little character.

I had a hard time getting the camera to focus, so the mission wasn't quite accomplished, but I took a few steps toward it. Of course, you can see the real photographers in my shots, so obviously that's how close you have to get to take a real musician action photo.

Ultimately, the photo I like the best of this set is the last one of the audience looking at the stage. No wonder the band was struggling with energy.

And y'know, as much as I like these free City Hall concerts, it's a pretty lousy place to play. There's that huge garden right in the middle there. I wonder if they used to put the stage at the other end of the park before security concerns dominated every decision about everything. That would make more sense. 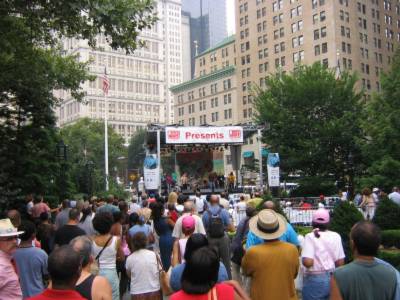 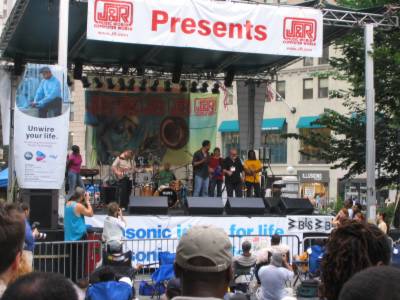 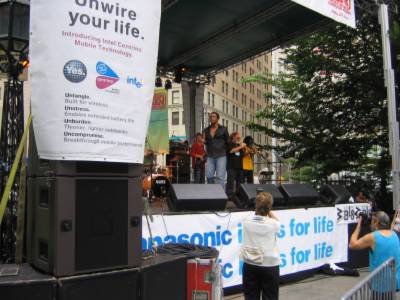 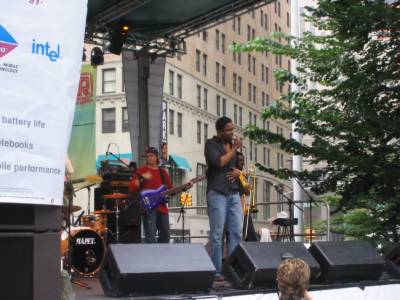 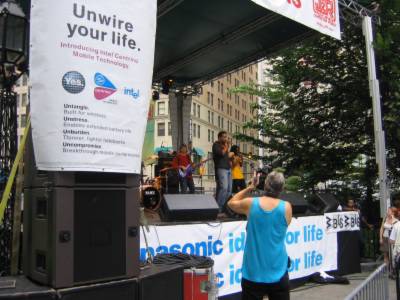 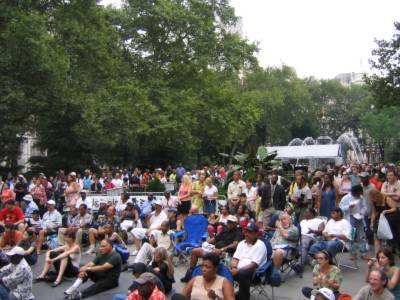