New signs up at Ground Zero 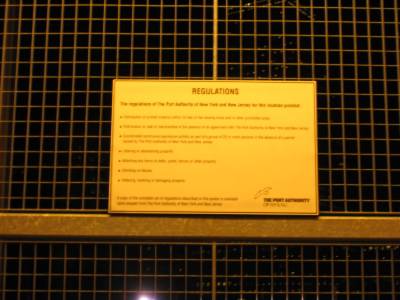 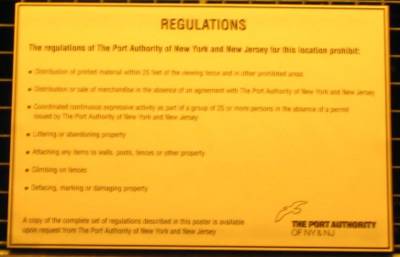 I was initially tickled to see the sign because it looks like something they put up at a public swimming pool, "No running, No glass bottles, no flotation devices, etc."

I think they're frankly unfriendly, but hopefully they'll only be up for the week.

Some of the rules look like they're pointed at vendors, particularly those three or so people who skulk along Church St. trying to get tourists to by photo books. I've seen cops phyiscally tackle those guys, but still they're always there.

Obviously the "continuous expressive activity" line is for protestors. It doesn't look like that'll be a problem for the bell ringers who the Downtown Express reports have planned their event by the book. I think even Rev. Billy doesn't usually get more than 25 people at his flash mobs.