There were two big downtown events today. The March for Women's Lives was the first, starting in Brookly, coming over the Brooklyn Bridge and ending next to City Hall on Broadway. 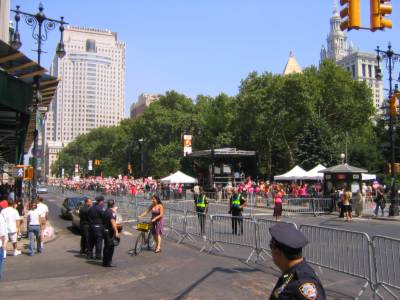 Broadway, that's the speaker stage in the center. 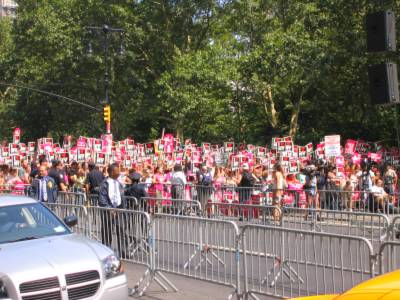 Bonus points for color and uniformity. :) 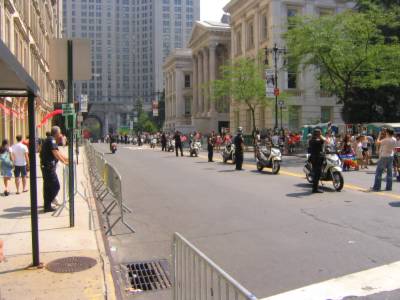 This is around the corner, behind city hall now. It was the row of mopeds that caught my eye. 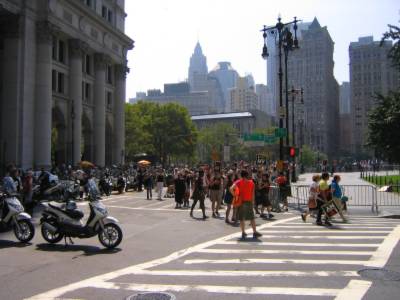 Looking up toward the bridge exit, you can see the counter protesters on the far right (no pun). 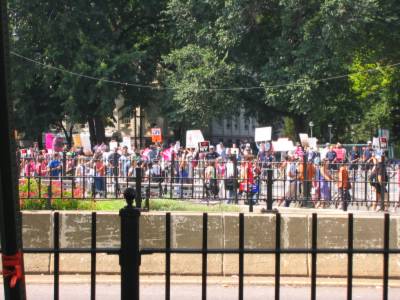 Counter protesters in the background, marchers in the foreground. Anti-abortion signs were pretty typical, "choose life" something about God, and the standard baby guts poster. As soon as the marchers saw the counter protesters (there weren't actually that many) they shouted, "get your rosaries off my ovaries." 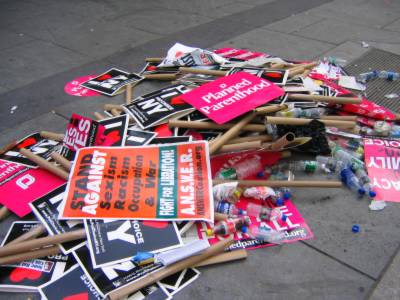 Note: this last photo is not an indictment of protestors or some kind of comment about protestors littering. I took this last one long after the event ended and the clean-up crew were making piles.

There were more participants at this event than I was expecting (not that I had any clue really) but I think it may have hurt them that they didn't march as more of a unit. I guess that's a natural hazard when you're marching all the way across the Brooklyn Bridge in the hot sun, there are bound to be stragglers. I just think it would have been a more impressive show of force if they'd arrived as a mass. A whole lot of participants just did the march and then bailed instead of standing in the sun for speeches.