It took forever but I finally found the site for the event going on this weekend at the Tribeca Performance Theater that has Lower Manhattan packed with monster hardbody superheroes. I keep wanting to take a picture when I see them on the street, but frankly, I'm a little afraid of them. Looking at the flyer (linked in the photo) they're pretty stern about picture taking at the competitions, so maybe I'm not too far off base to be hesitant to go randomly snapping --although I suspect they're real concern is people who sell the photos to fetish sites or something.

I've been a fan of bodybuilders since I was a kid drawing comic book heroes, so maybe I'll try to get in tomorrow morning for the preliminary stuff. I'm not a big enough fan to spend $35 bucks to see the finals though.

They have these pretty often down here. I remember a few times seeing the women posing in BPC. I see the Tribeca Theater schedule has another one coming up in November. 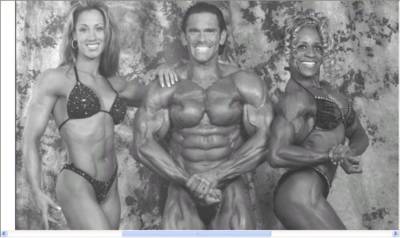 (In case you're wondering about the URL, Bev Francis is a poineer in women's body building, but I'm pretty sure she made her name in powerlifting. I didn't realize she lived on Long Island. She'd be a cool person to see. Presumably she'll be at this weekend's event. I'll have to keep an eye out.)