I wanted to take this photo when they were working on Greenwich Street, but I never got the chance. This is Washington Street. That's the Buddhist Temple behind it. (Folks who know the neighborhood know that the police station, or whatever it is, is right there, which is why I took this one on the fly. Again, no security risk in this photo, but still, I don't need to be wrestled to the ground by well meaning neighbhors who think I'm "casing.") They're digging up the street to put some new pipes in, but what I'm trying to show here is they layers under the asphalt. I believe that's original cobblestone under there. Definitely one of the coolest things about living down here is that this is where the city began. These streets are the same streets that the country's founding fathers walked. In the case of Washington Street, at the time it was covered in cobblestones our founding fathers would probably have been swimming if they walked very much west of there.

A quick look at The Street Book tells me Washington Street is named after George Washington and was ceded to the city by Trinity Church in 1808. 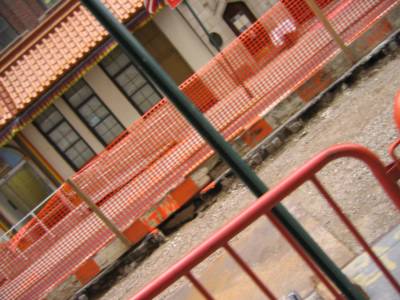 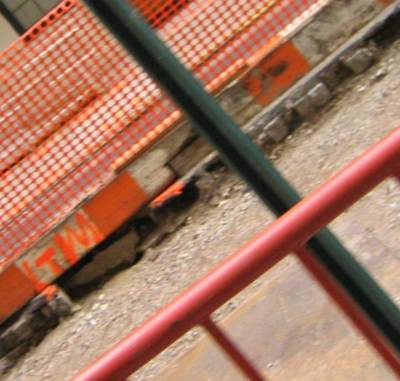