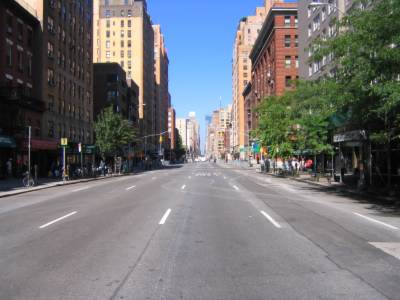 As I took this shot a guy nearby said, "Where'd all the people go?" 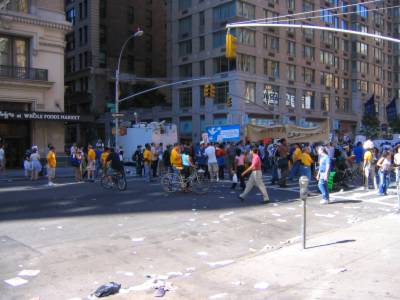 This is the end of the march. I'm not sure what I was expecting, maybe something more like stragglers. This ended with a pretty distinct last-guy-in-the-march. 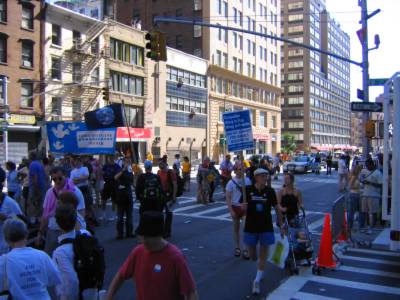 This is the end from the other side. 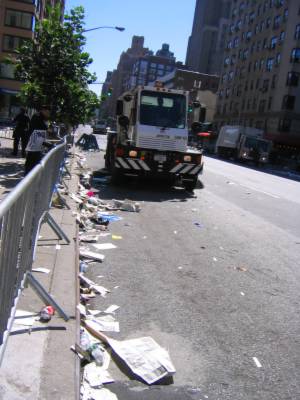 Behind the march street cleaners criss crossed and made figure eights, not unlike Zambonis at a hockey game. 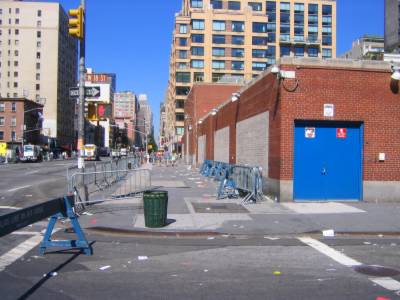 There are the barricades I was standing on earlier. I thought of getting back up to do a before-and-after, but do you really need to see a(nother) picture of empty 7th avenue?