Somewhere there's a cool forum where bikers share routes and maps and stuff. I'd submit that a trip up in and around Glen Cove is worth it. I can't really describe the route because I basically follow my nose. The good thing about riding on Long Island is that you can't possibly get lost. No matter what you're going to hit one of the highways or else you hit the sound or the ocean. When the sun starts to set in the west, you know that's the way back to the city. I think the place where I took the photos is called Glen Cove Landing, there on the map at the very bottom. I think that because I got lost in all of those name streets trying to get out. I also hit water way up top by following Crescent Beach Road. I guess it was Crescent Beach at the end. Nice little spot, but not remarkable enough for a picture. 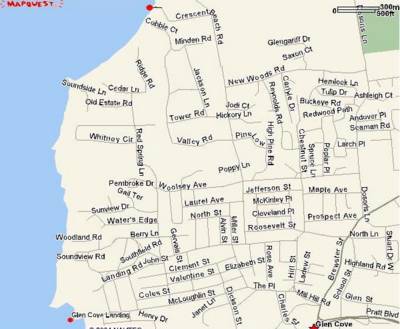