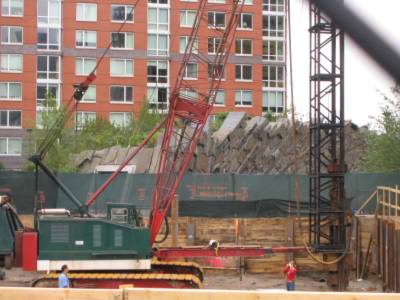 Here's the other side of that extreme landscaping I mentioned. Now you can make out what I was describing as the bat cave. That rock wall really is something amazing to behold.

It turns out the whole thing is something called Teardrop Park, which is its own project, independent of the building their putting up adjacent to it.

I have no idea who those people are. Hopefully photobloggers. :)