The best crowd shots will be done by the professionals, so I didn't want to take up too much space with my own. But of course, it's kind of hard to resist the "you gotta see this" impact of so many people, so here are my select bunch: 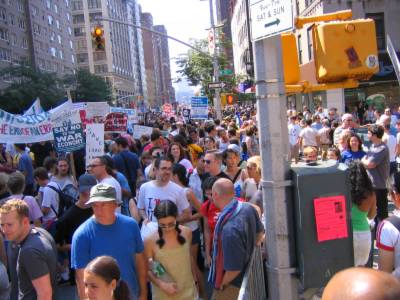 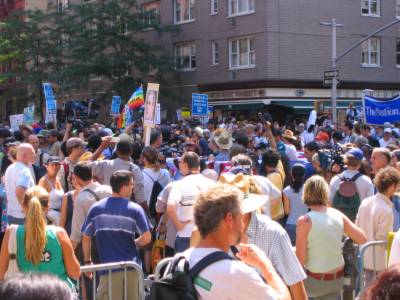 There's a media swarm in the middle of this one. I got the shot they were fighting for later on. 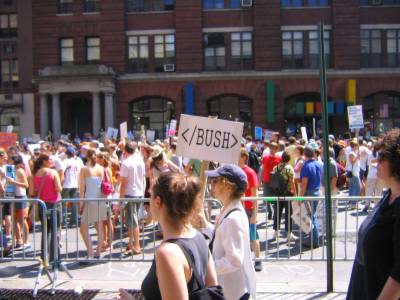 This one for the code geeks. 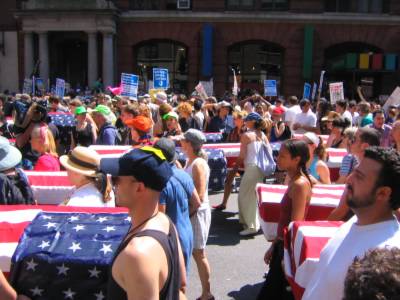 When I talked to Greenpeace's Rex Weyler, one of the points he made about protests is that the protest has to suit the cause. When you're fighing whale fishing, it makes sense that the protest act is to put your boat in front of whaling ships. That said, a lot of people didn't quite hit the mark in making their protest statements today. I think the two most coherent messages of the day were these folks and the Billionaires for Bush. 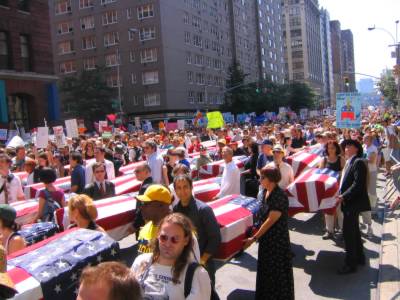 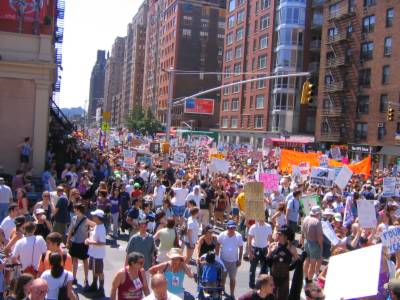 I moved up to 18th street on top of some street barricades for these. Where's Waldo? 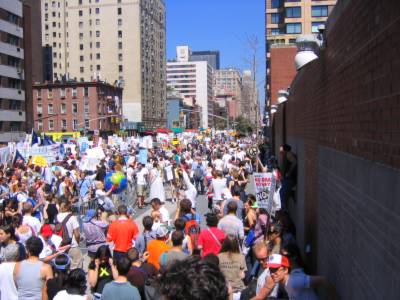 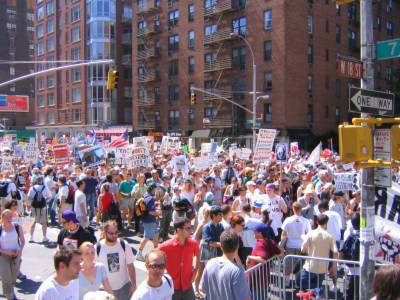 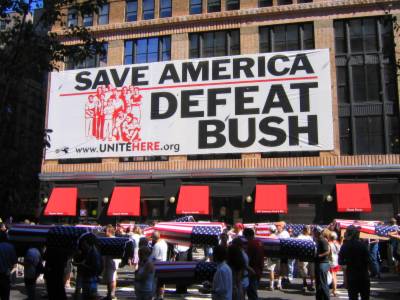 I reckon whoever thought of putting that there had this exact photo in mind when they did so. 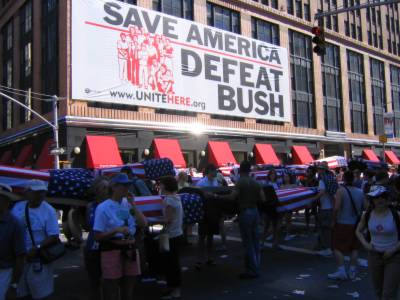 You know you're watching the march while standing next to F.I.T when people are using the protesters as a backdrop for a fashion photo shoot. 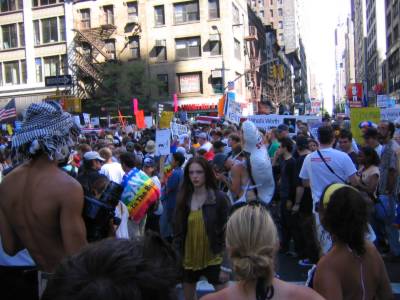 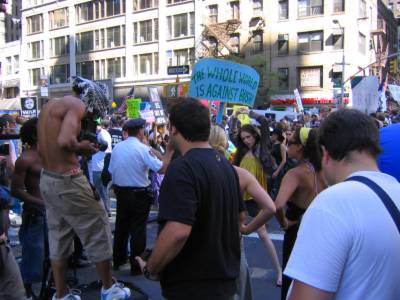 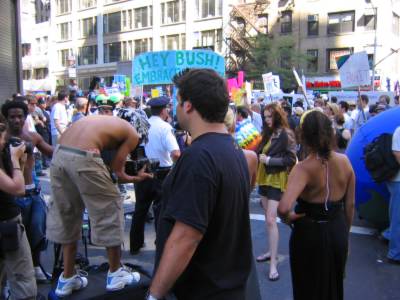 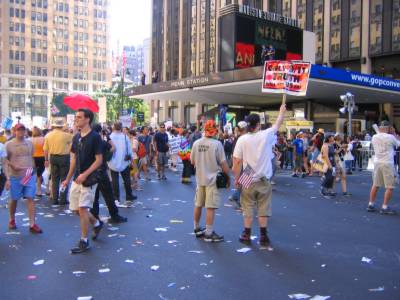 This is smack dab in front of Madison Square Garden. Strangely not that much action, kind of the eye of the storm. Above 30th street there's no way to be a spectator for the march, so I had to join the stream. That's how I got the Bush slash shots in the entry below. On 34th it was possible to become a spectator again. 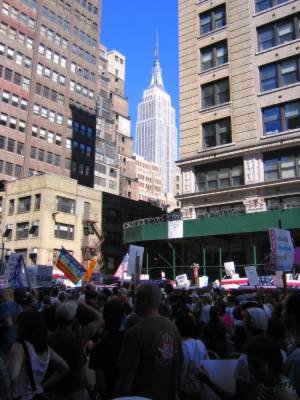 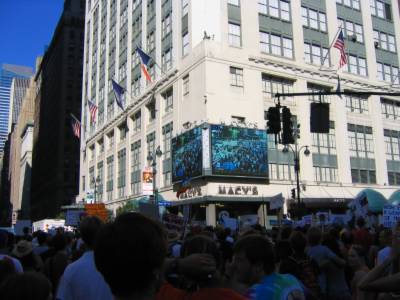 Fox News was on the Macy's TV with crowd shots. Folks were tickled to see themselves on TV until they realized it was Fox. D'oh! 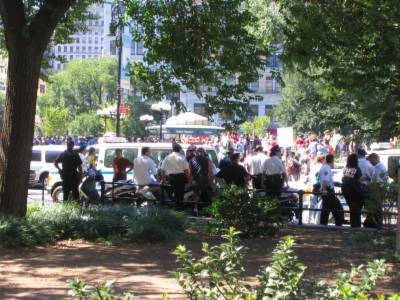 Down at Union Square (By the way, these photos are a little out of chronological order. I basically walked the march route twice, lapping the protesters, so some shots came the second time around.) there was a bit of tension between cops and protesters on the south east corner. It was kind of a weird scene. To me it looked like the riot cops were just sort of standing by, but some protesters resented their even being there, so they sort of stared at each other and filmed each other and some protesters flipped the bird and shouted. 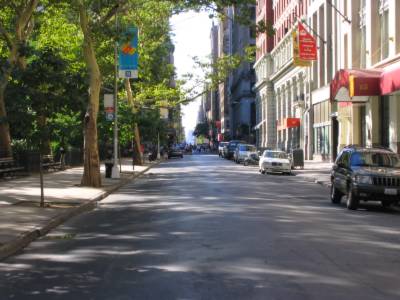 A face off of a different kind. Trees versus buildings. The trees are the north side of Madison Square Park. Protesters in the distance march down Broadway. 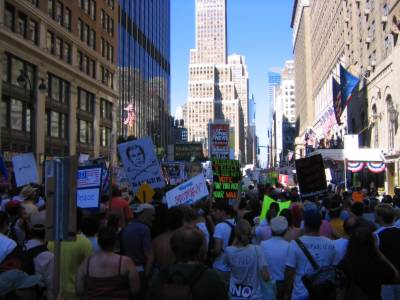 Thank you New York.
(One note about this one, way on the right is a hotel awning with a message welcoming the RNC. That awning got more boos and rage and shouts of "Shame" than the actual MSG did -at least when I was standing there. I wonder if folks didn't quite know what they were shouting at once they got in front of the Garden.)