Spider Man on the Block

As a photoblogger with a major motion picture shooting right outside my door, naturally I shot a billion pictures. Of course, the first question is whether I got the star. In my defense, I shoot with a pretty shot focus lens (28mm on a mid-size camera works out to about 35mm) so I don't have a zoom or anything.
It's pretty cool when you look out the front door and see Tobey Maguire walk by, but it's frustrating when you're behind him and can only get a picture of his back. 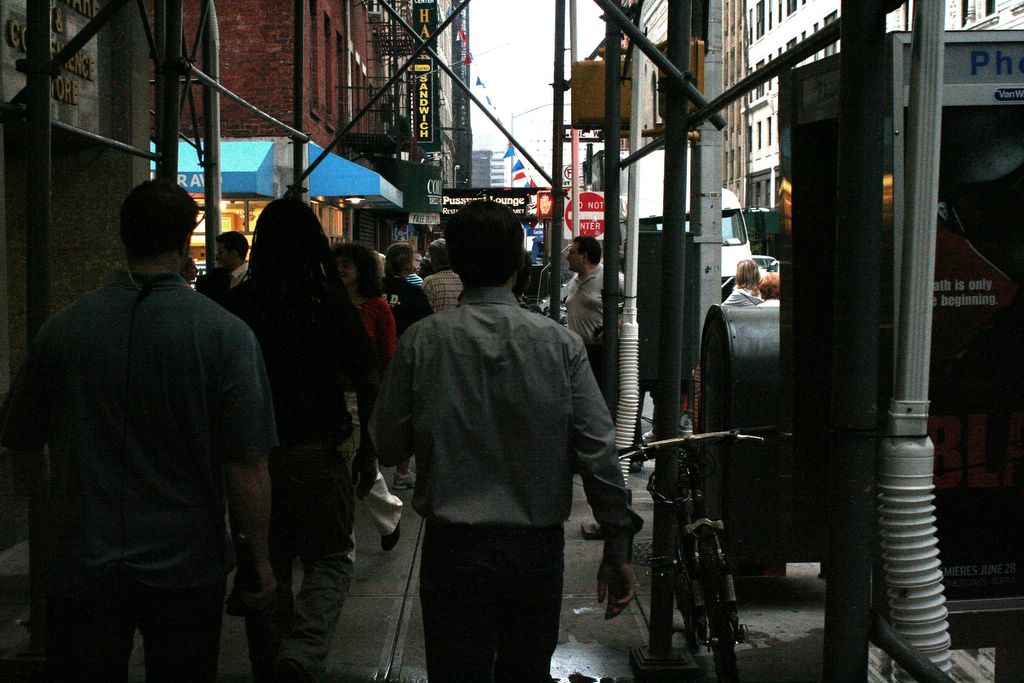 But then all the people who are craning their necks trying to see if he's on the set don't realize he's right behind them trying to get by, which is just enough of a delay for me to get a pretty good close shot. 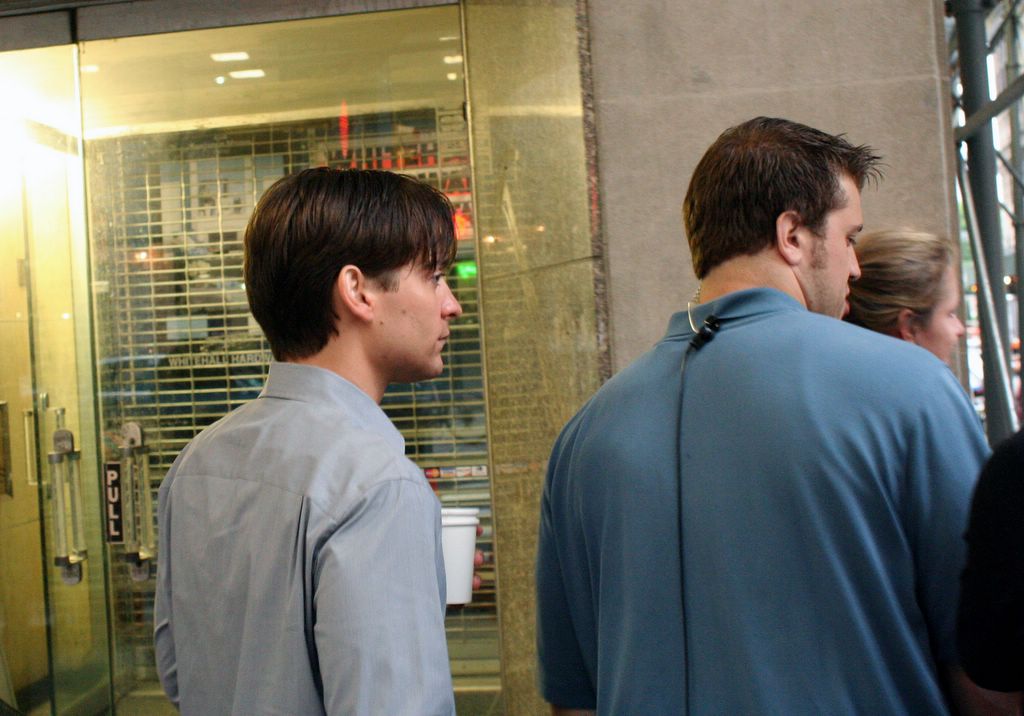 Below he's third from the left. The scene will eventually be shot in that alley. 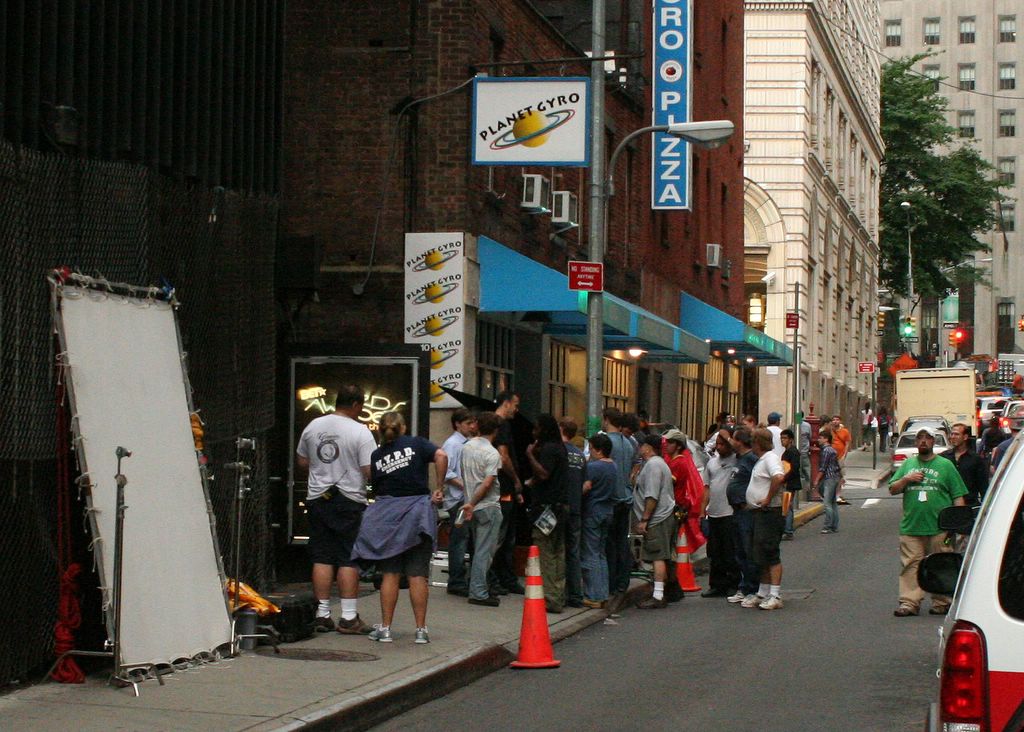 He briefly wore a dark sweater, below. 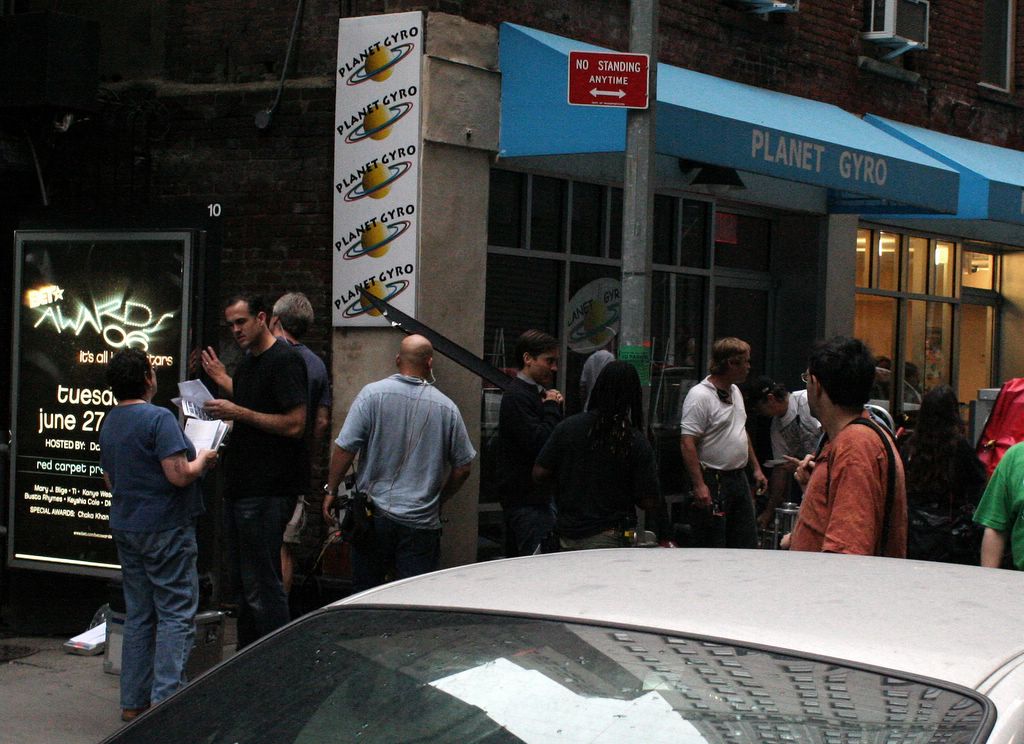 By the way, this is Rector St. between Greenwich & Washington. The alley is a perfect film location (as so many spots downtown are) and only runs as far as the back of the Pussycat Lounge. It's too narrow to have a name of its own as far as I know, and it certainly doesn't need any Hollywood magic to make it a creepy place. 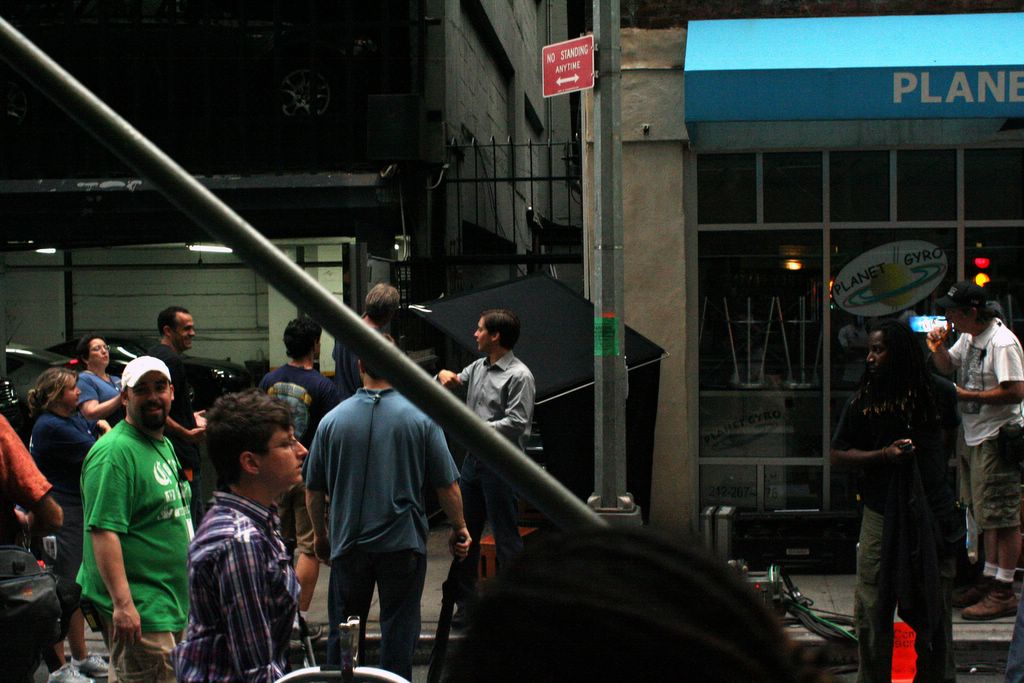 Below is later in the evening after a wardrobe change. Now all in black, Peter Parker checks out the alley after a considerable amount of time has been spent blocking and lighting the scene with a stand-in. 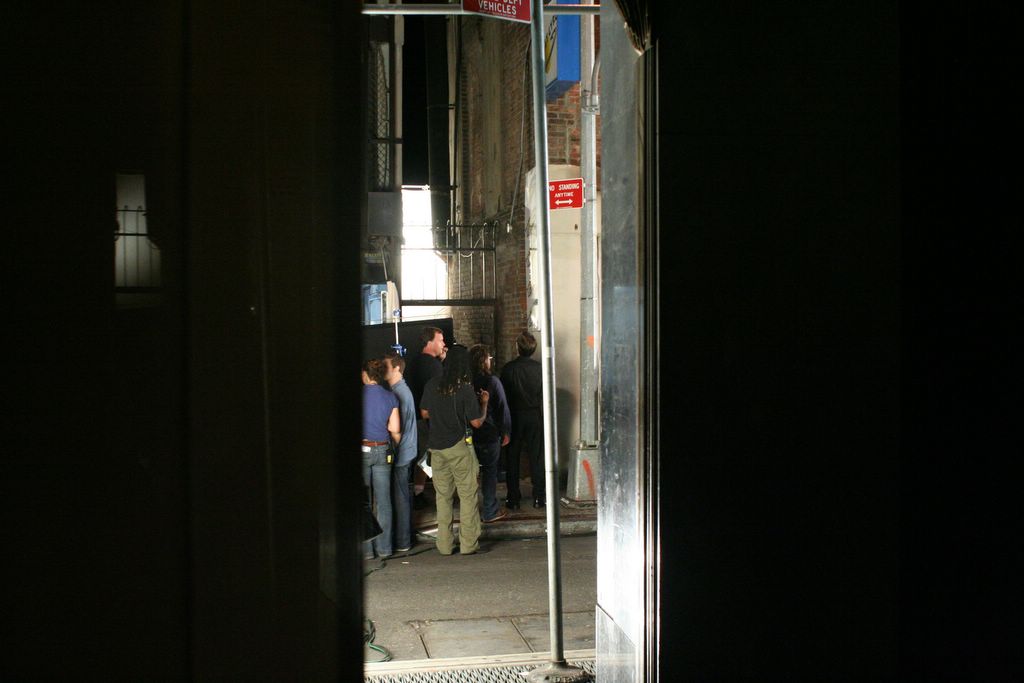 That bottle in his hand is that Bawls soda that comes in the knobby blue bottle. 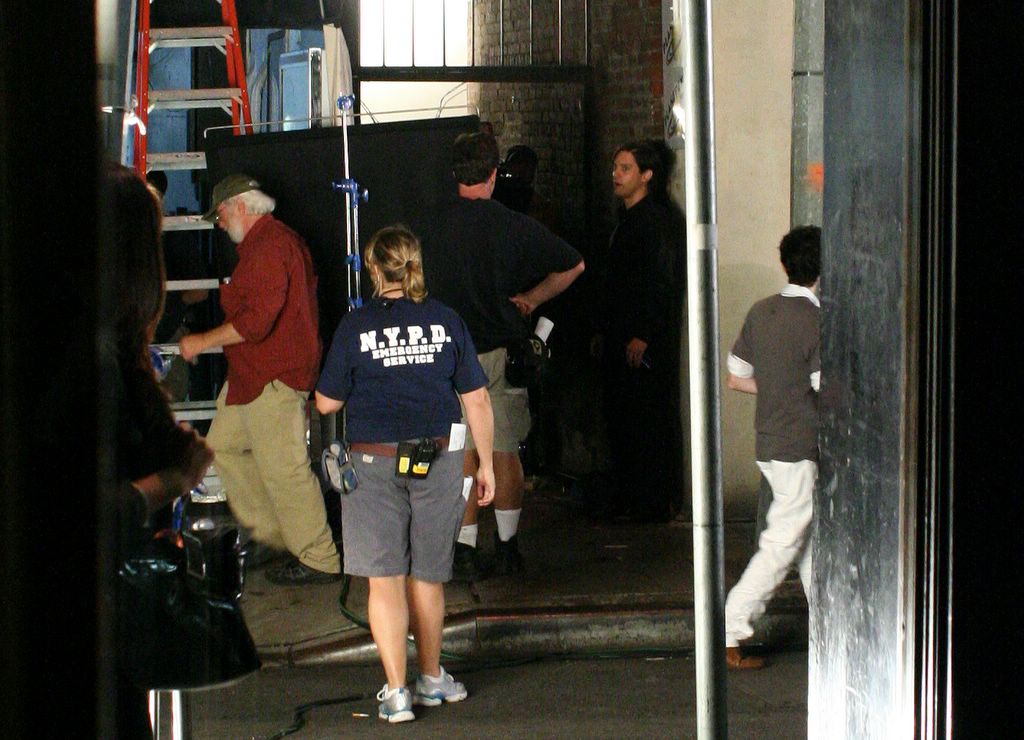 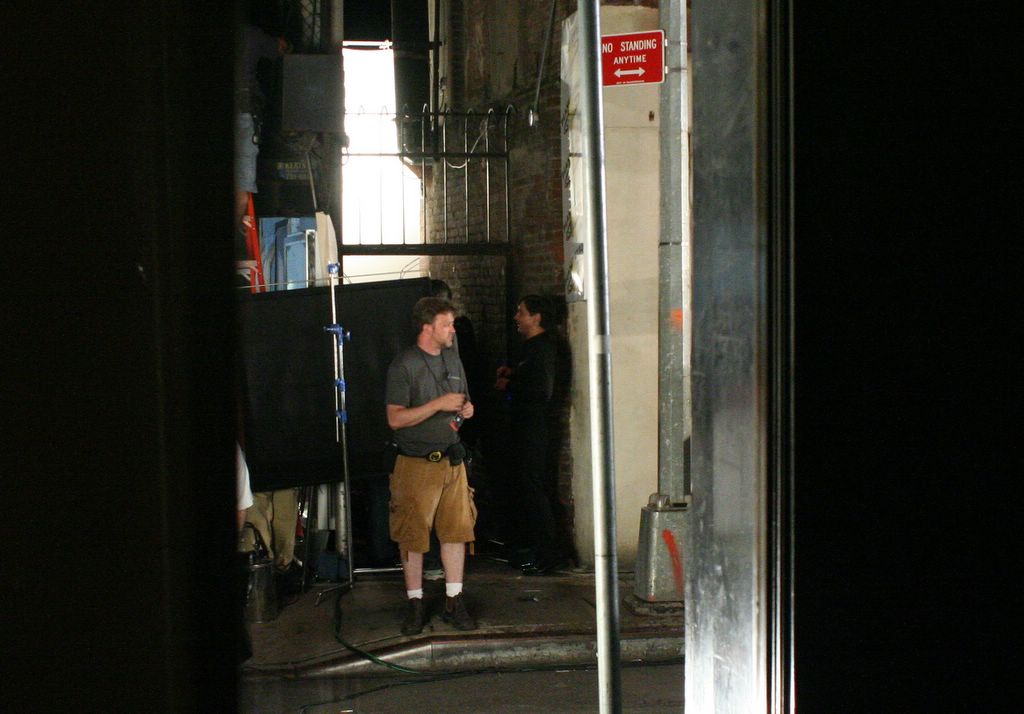 OK, this one below is the back of his head, but what you can't see is that the director has called, "Action," so this could be the actual scene that ends up in the movie. The scene itself, or what I saw of it, is pretty meager. He looks up a little, I think upset. It's raining on him. He leaves the alley. 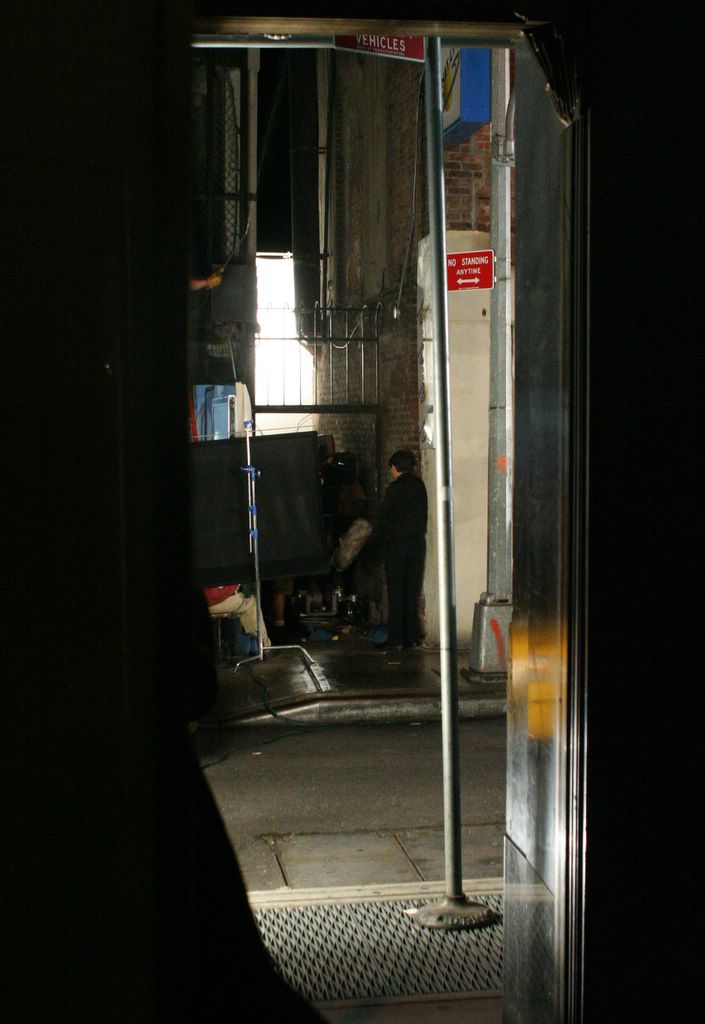 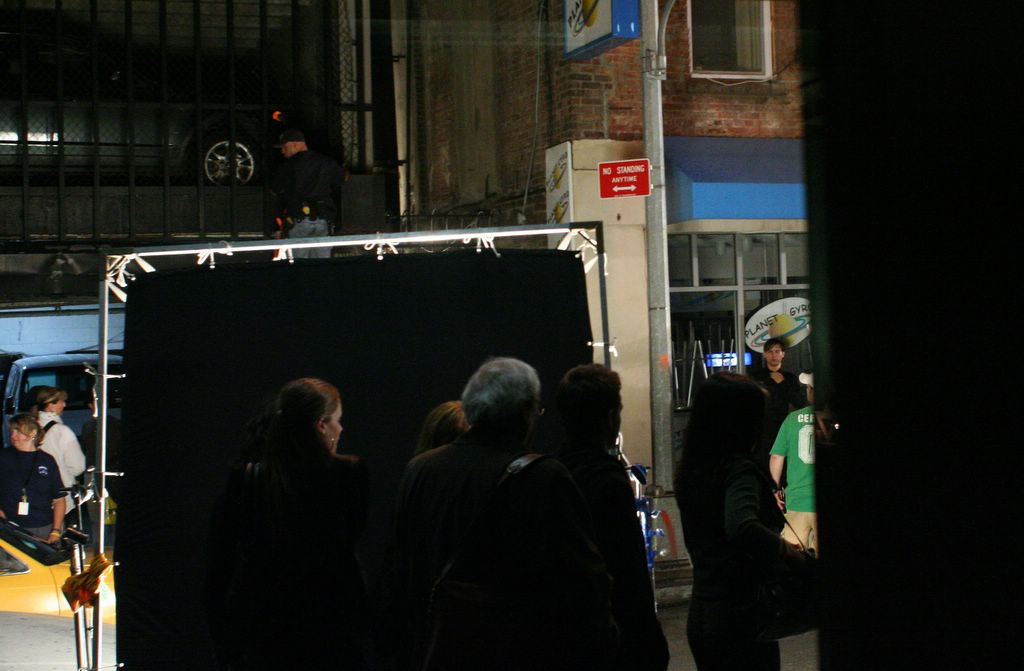 Because they had fake rain going in the alley, each take meant he got wet. The extras all carried umbrellas and pretended it was raining. But for some reason he wasn't supposed to look wet when he got to the alley, so between takes they'd blow-dry him. 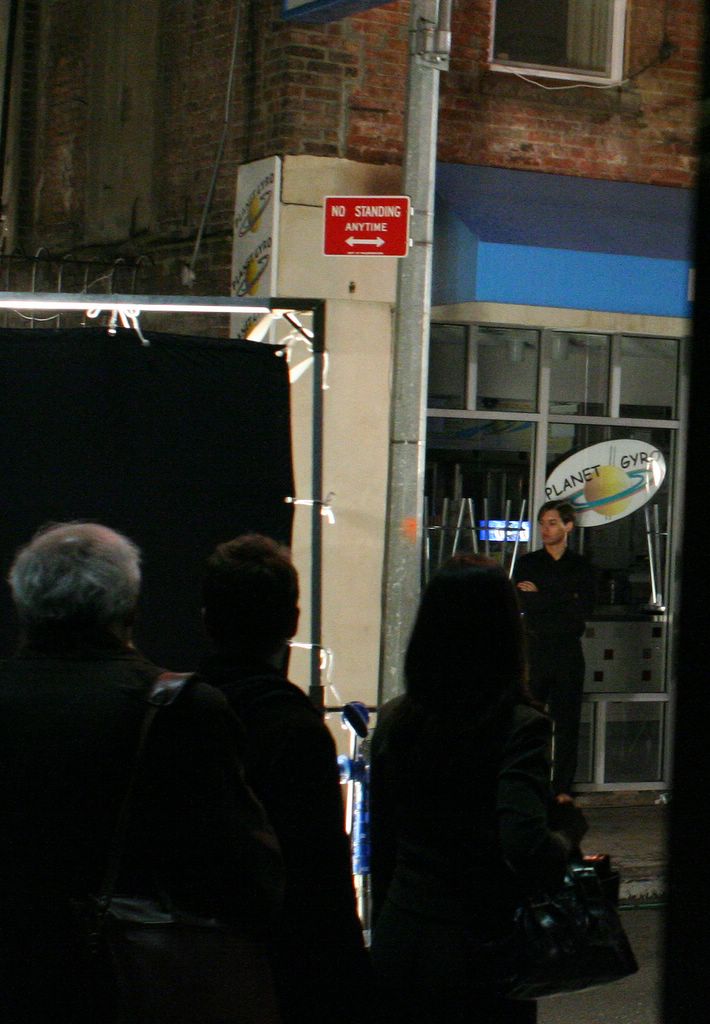 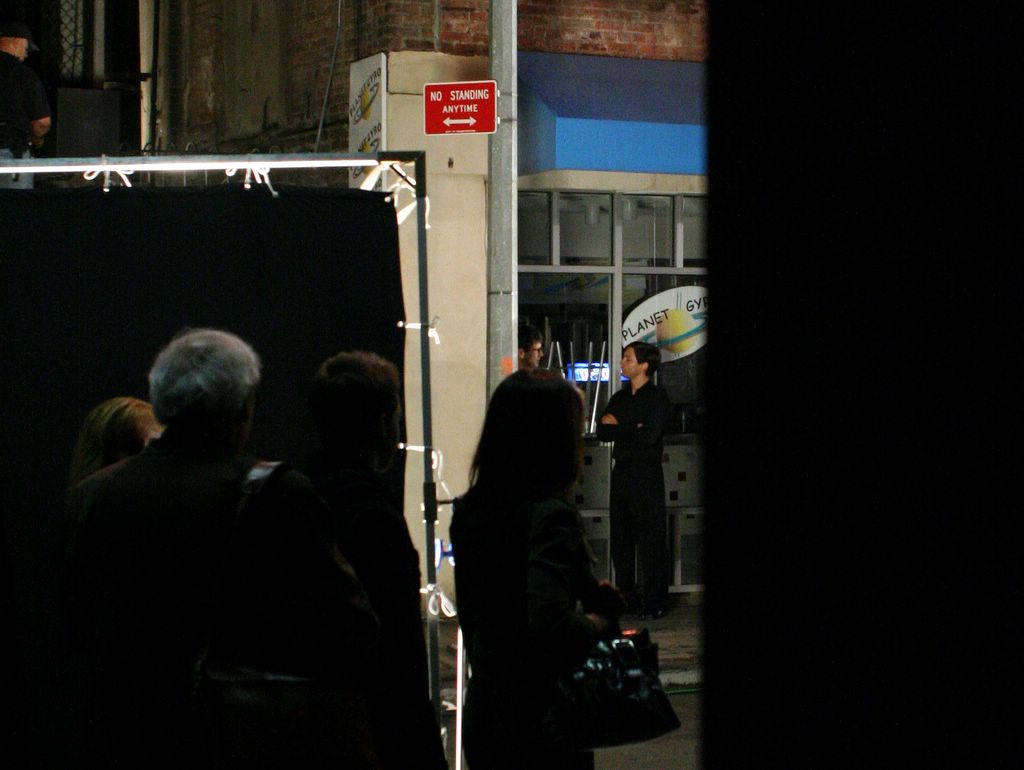 There are few things so odd as looking out the front door and seeing Peter Parker walk by. The most amazing thing was how much time and manpower goes into such a small amount of shooting. It was also cool to see how much they have going on at one time. They literally took over the neighborhood with at least three separate scenes shooting almost at the same time. The organization required is just mindblowing.