At the movies in Lower Manhattan

What are all these SM3 signs doing all over the place? 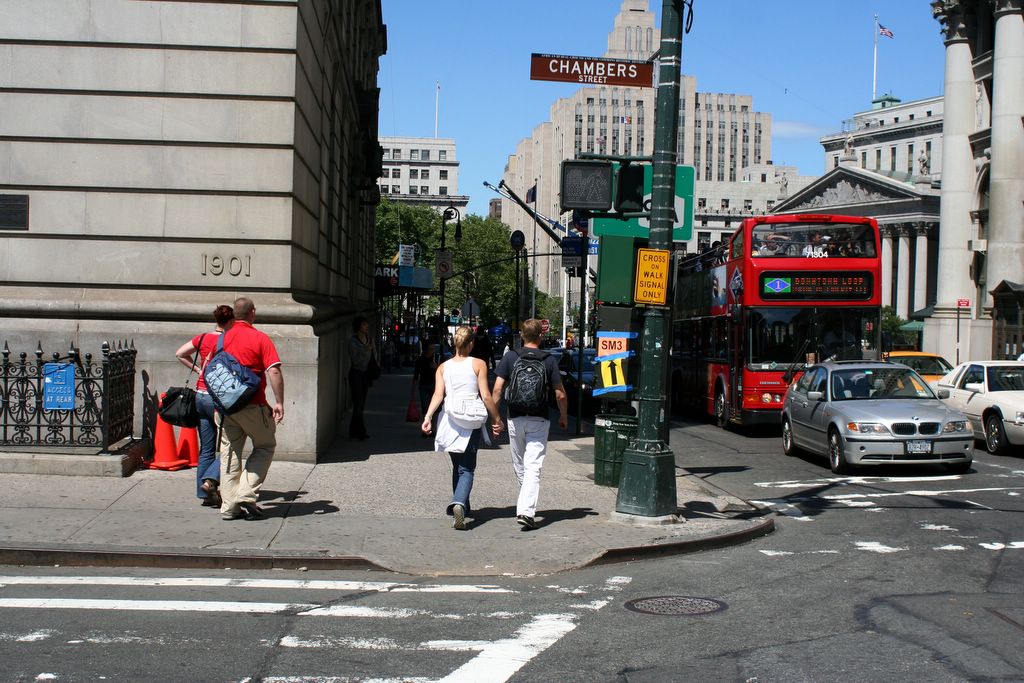 Oh yeah! Spider Man 3! Looks like they're shooting a scene in Foley Square. What's amazing (and you may have to click the photo for the larger view to see it) is that they've strung a cable across the entire square. There was a camera contraption rigged to it, so I'm thinking we'll see someone swoop through this scene in the actual movie. 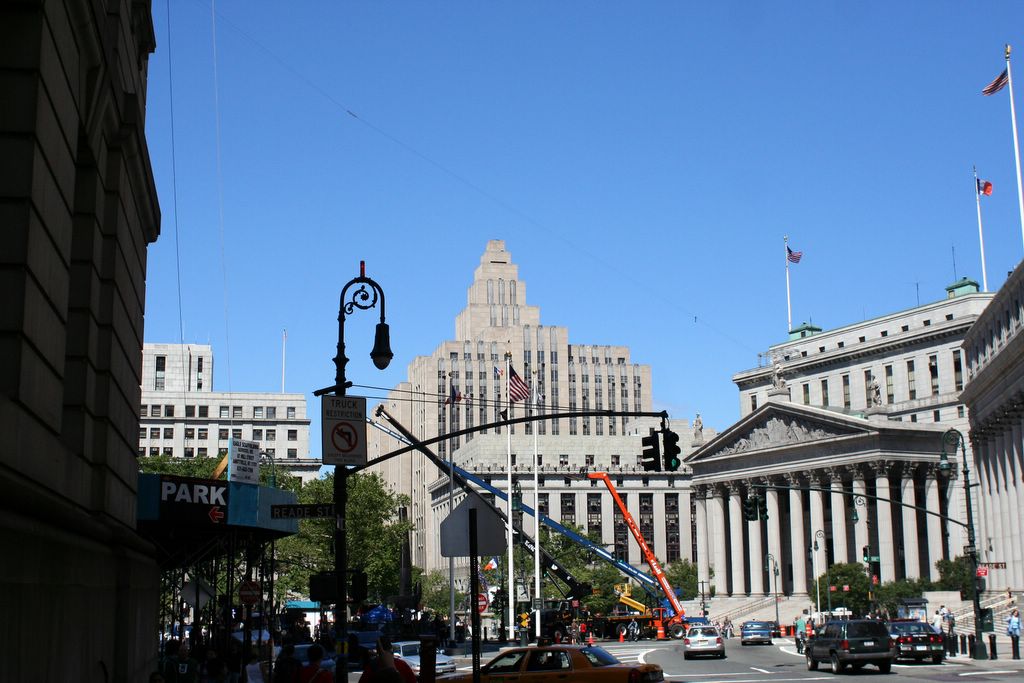 Look for the Spider Man rally scene when the movie comes out. 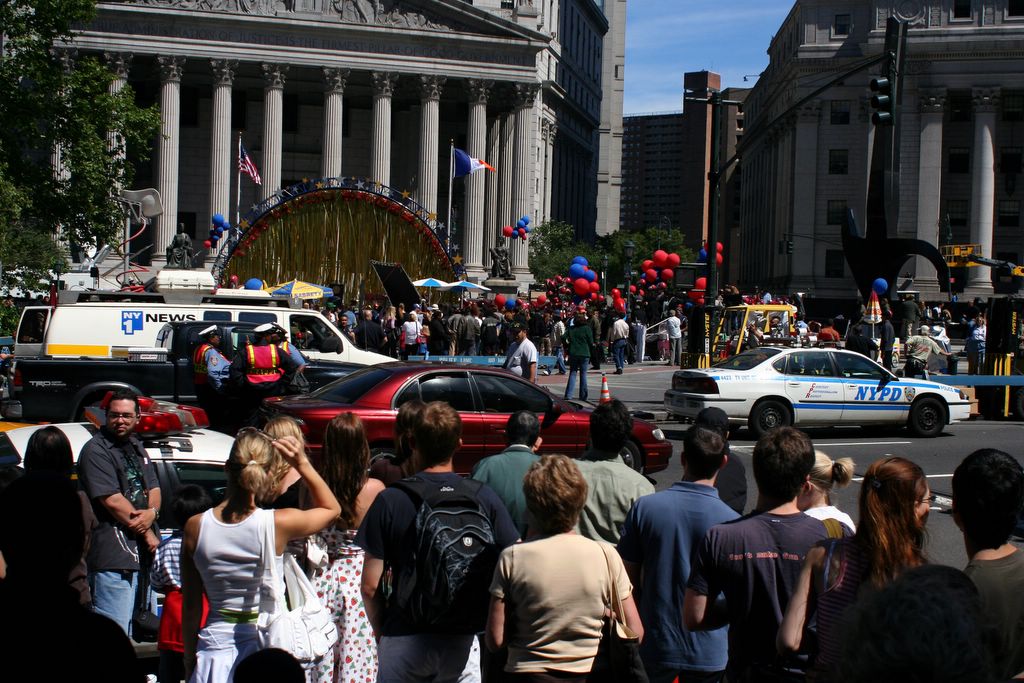 Meanwhile, on West Broadway there's a big billboard with a flashy pink castle covered up. It looks like the words say "Palace Casino" so it could be that they haven't unveiled the new billboard yet, but my suspicion is that it's connected to the movie they're shooting there this week. 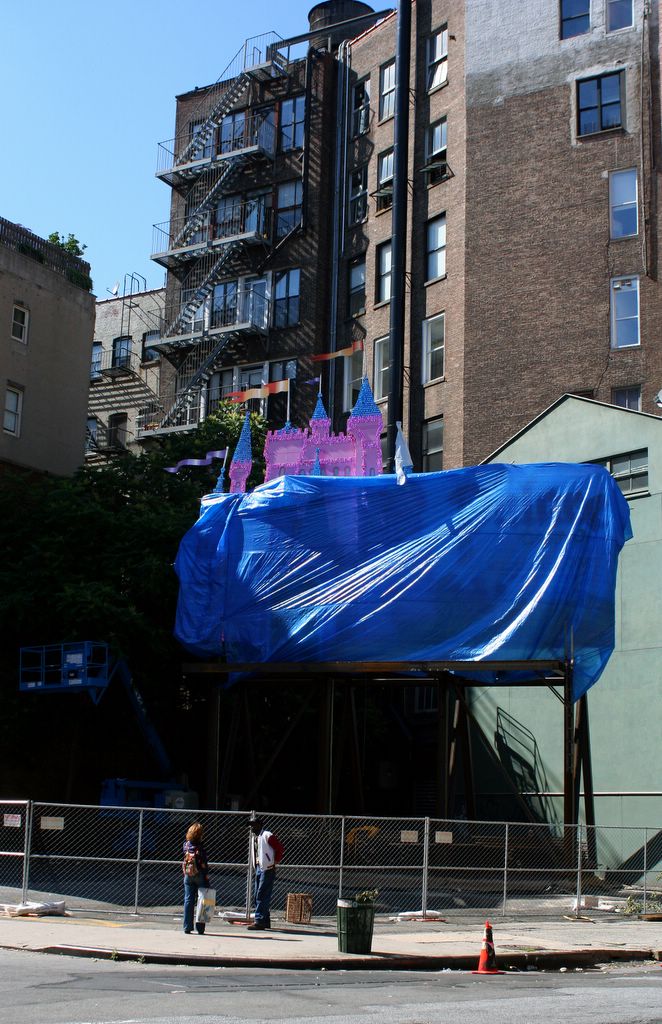 The signs say the movie is called "Enchanted." There's one by that named listed at IMDB that says it's one of those movies where the cartoon character gets kicked out of the animated world and roams NYC. Sounds like the kind of thing that would use a pink castle. 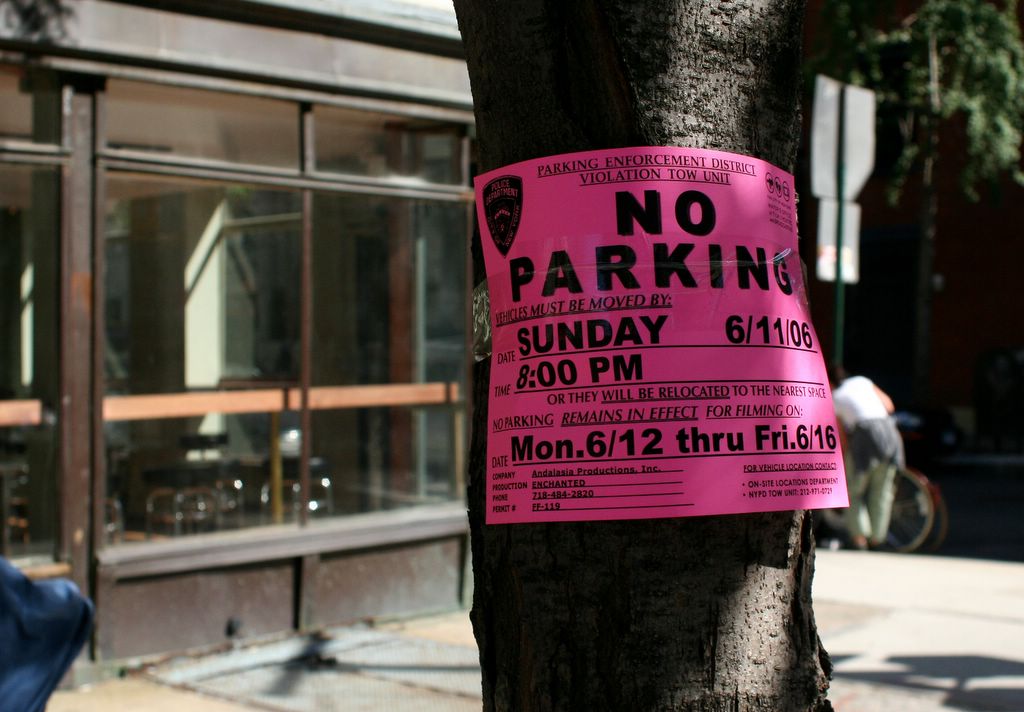