All these Spider Man 3 photos make me look like a weirdo groupie, but it's not every day a blockbuster is shot on your block and I don't want to spend the rest of the month posting in dribs and drabs, so here's what I took of the Spider Man shoot today. The Tobey Maguire photos are here.
There were three sets, Thames at Trinity, Trinity at Rector, and Rector between Greenwich and Washington. I don't think there are any spoilers in here, but they are photos of the movie being made, so there may be a clue or two. 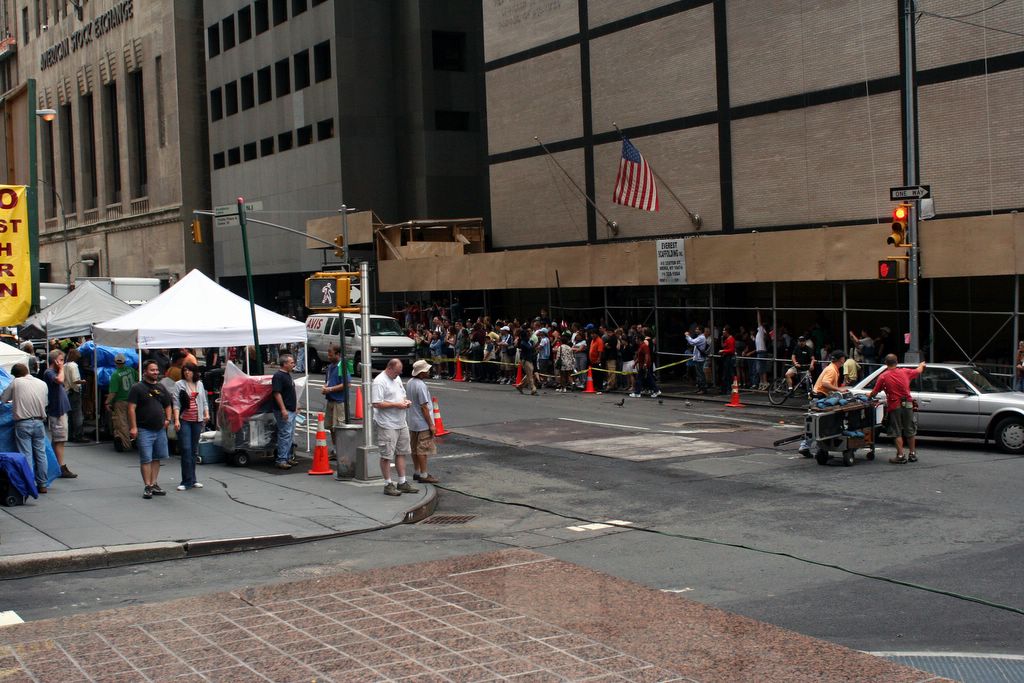 These folks are packed in because they think Fake Tobey is Tobey. 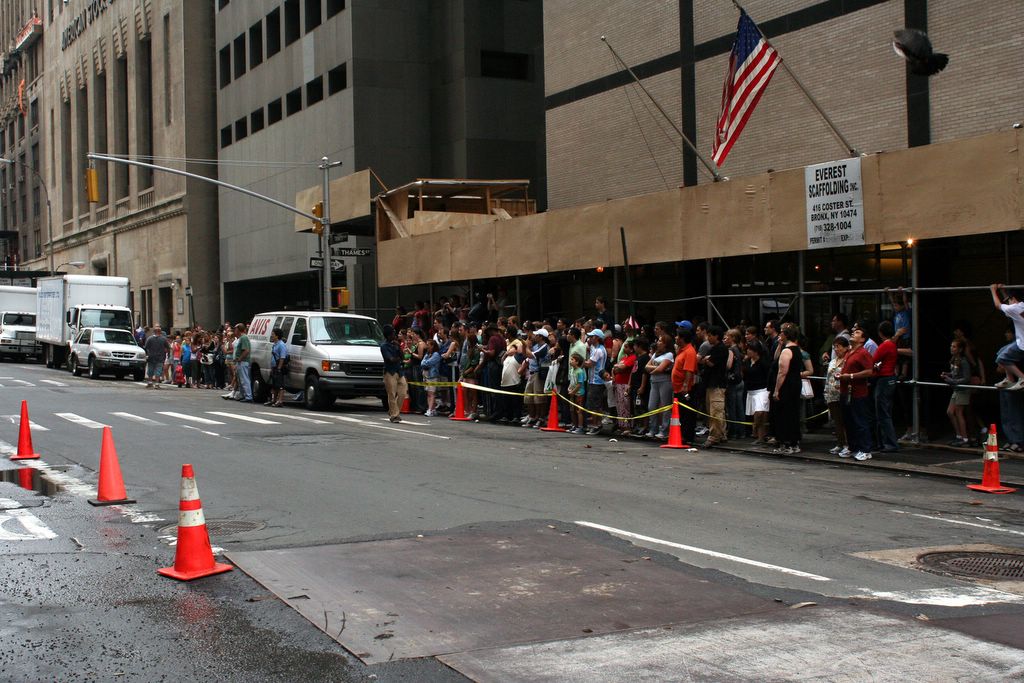 Below, the lights from Trinity Place shine down Rector on the spectators watching the Rector St. set. Very Close Encounters. 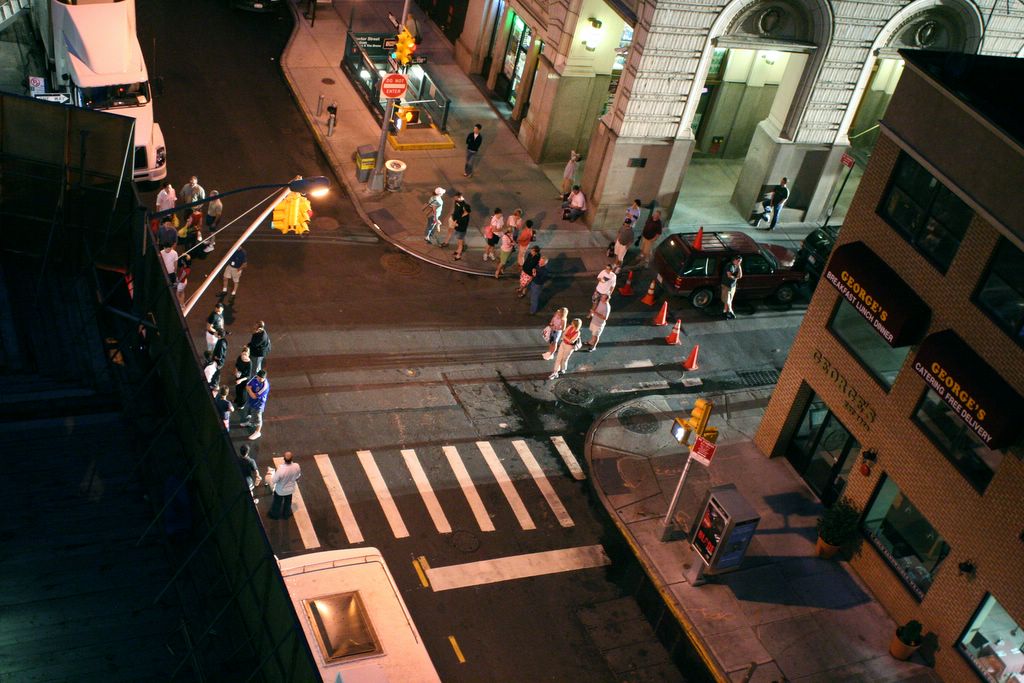 Below, someday Sidewalk Extra #2 will be famous and I'll have this cool shot of him. 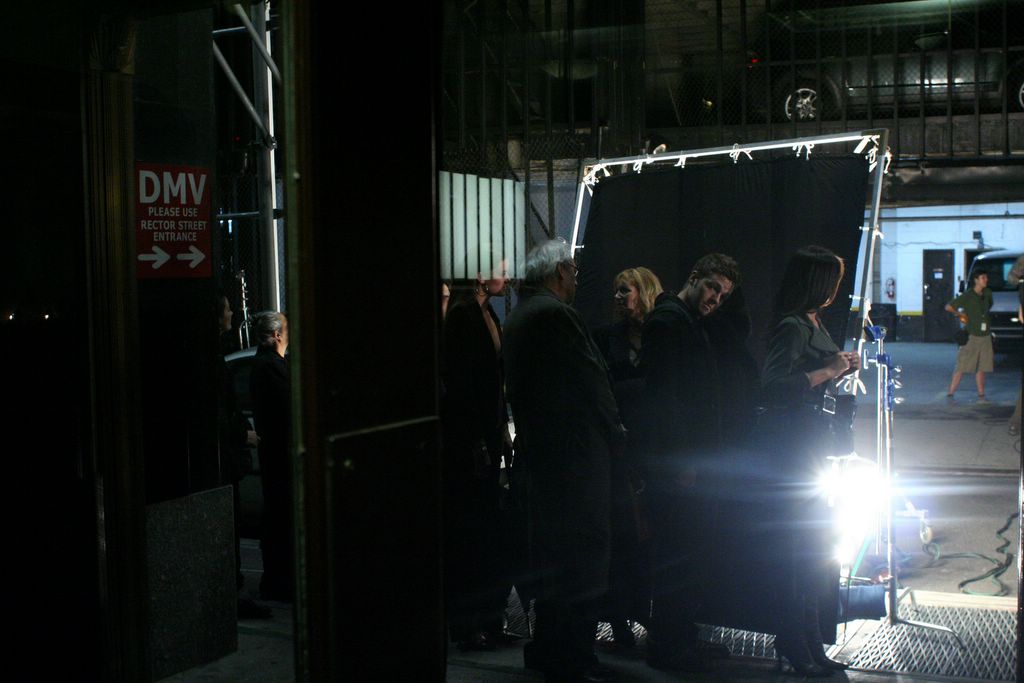 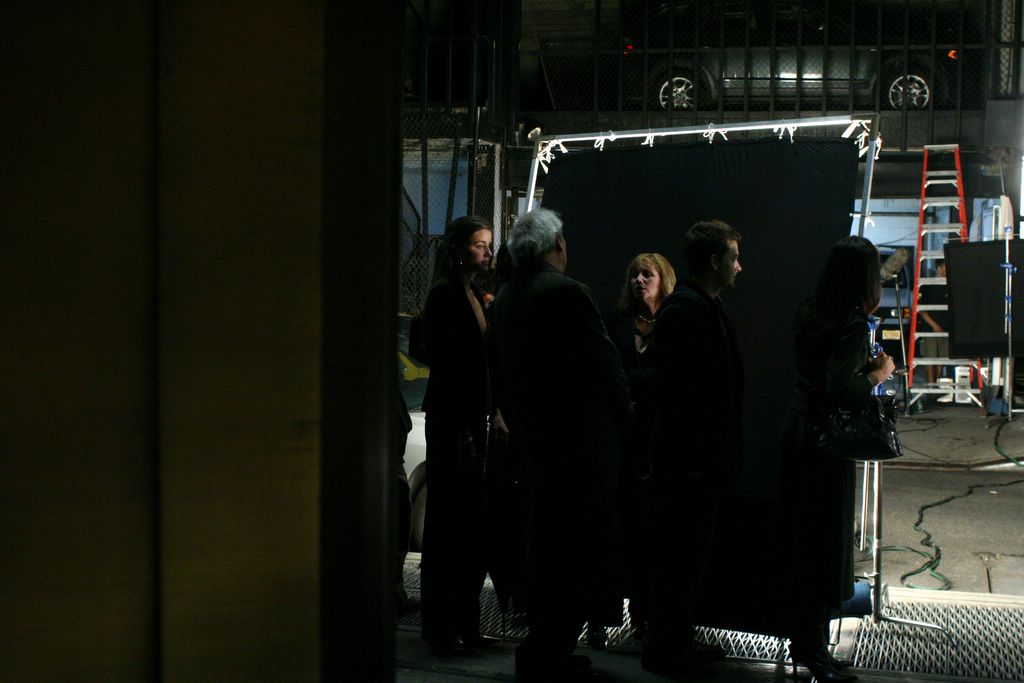 Above, The extras line up behind a screen and wait for the command to walk down the sidewalk pretending it's raining. Below, the rain guy holds the sprinkler in the air so the water falls on Tobey's head. Hollywood magic! 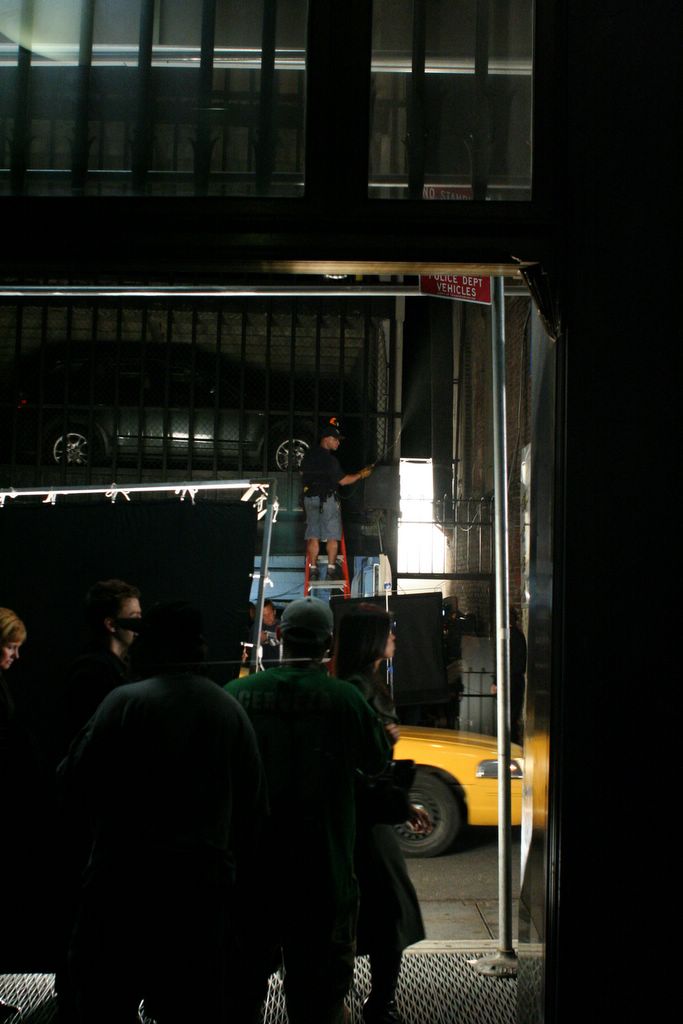 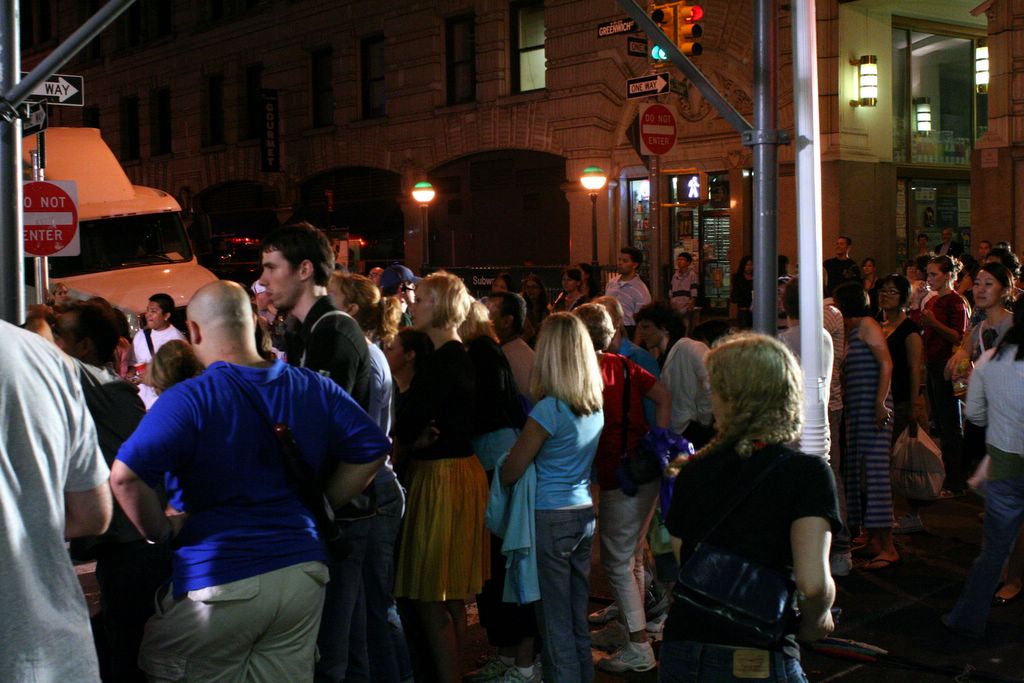 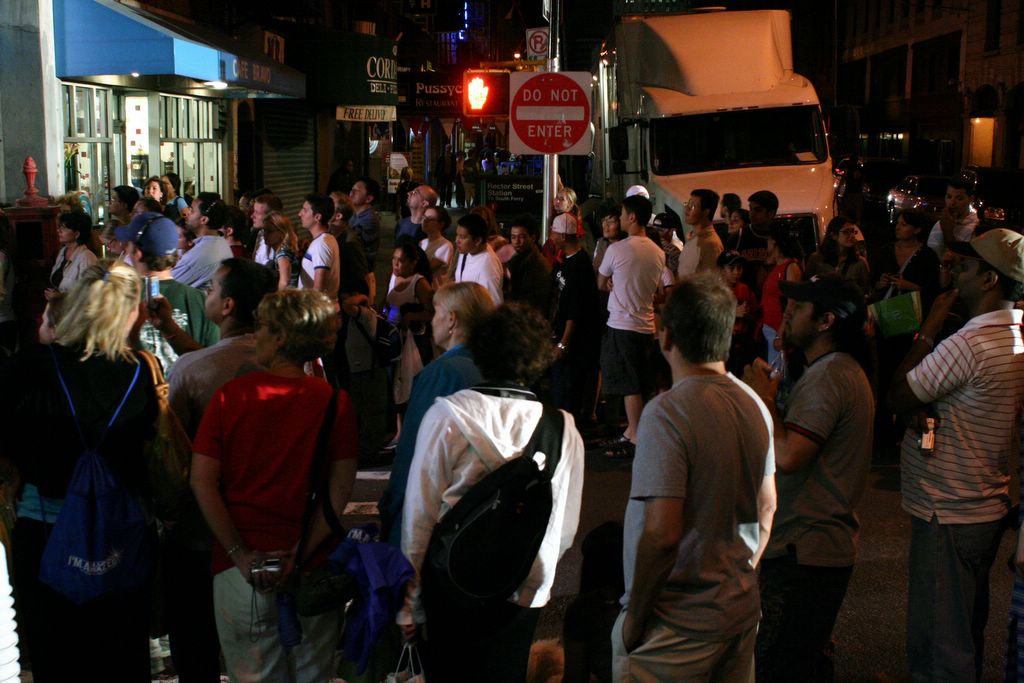 Below, on tip toes for Tobey. 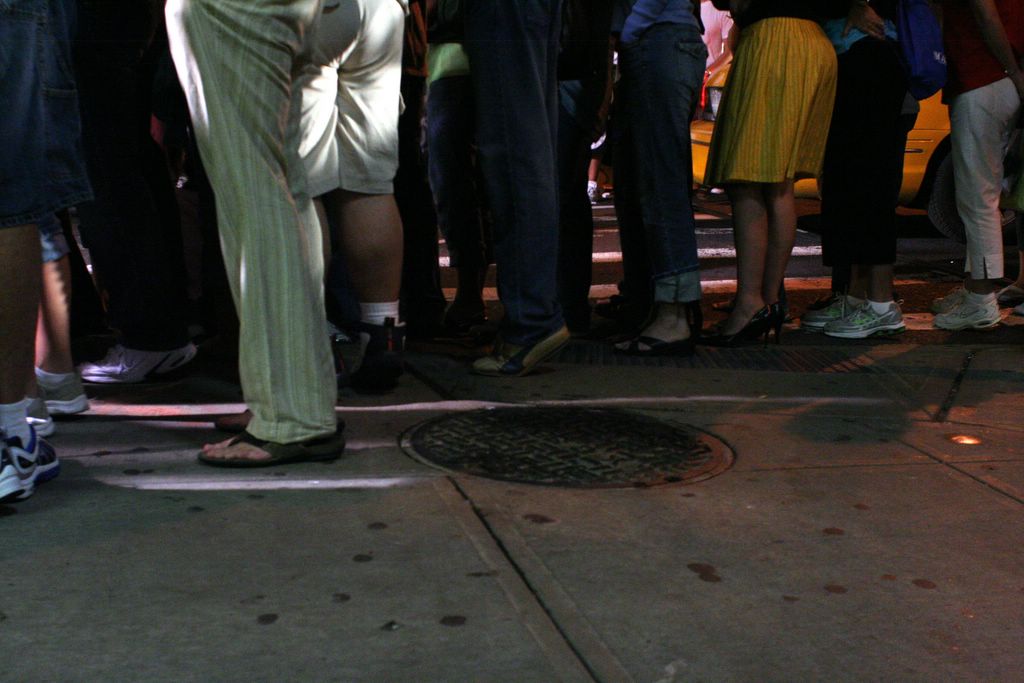 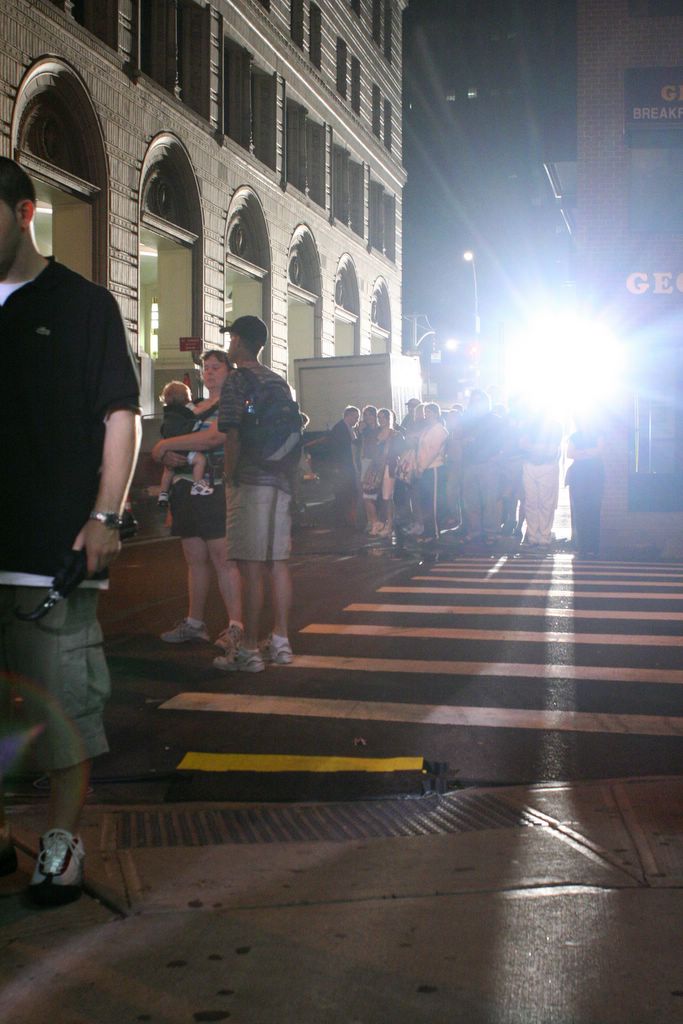 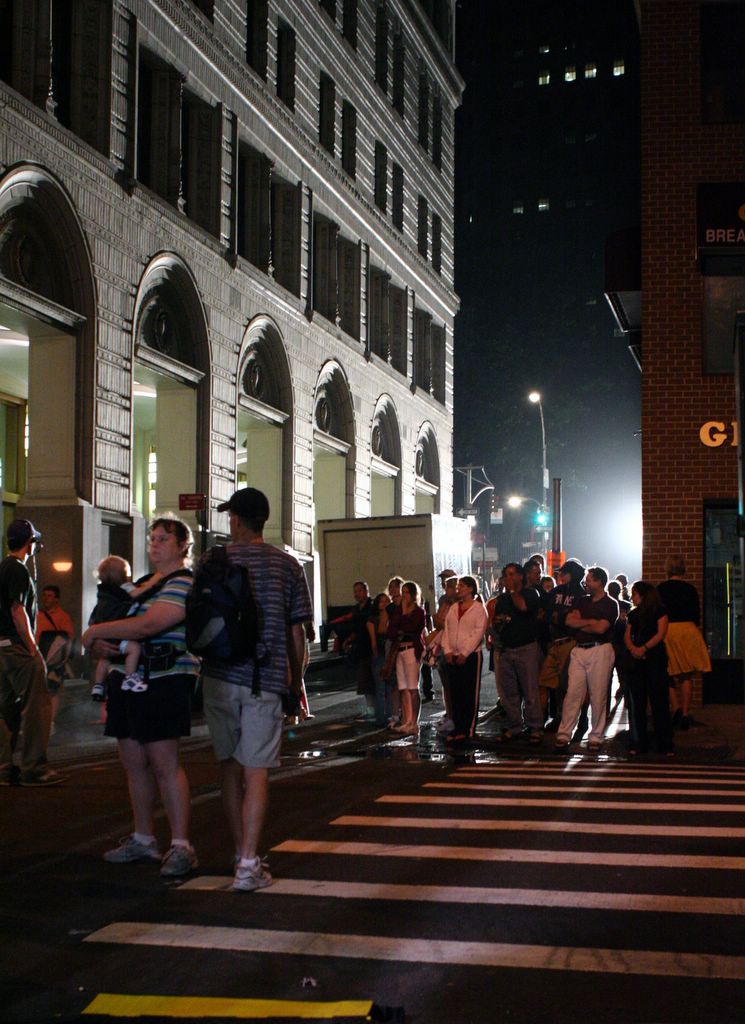 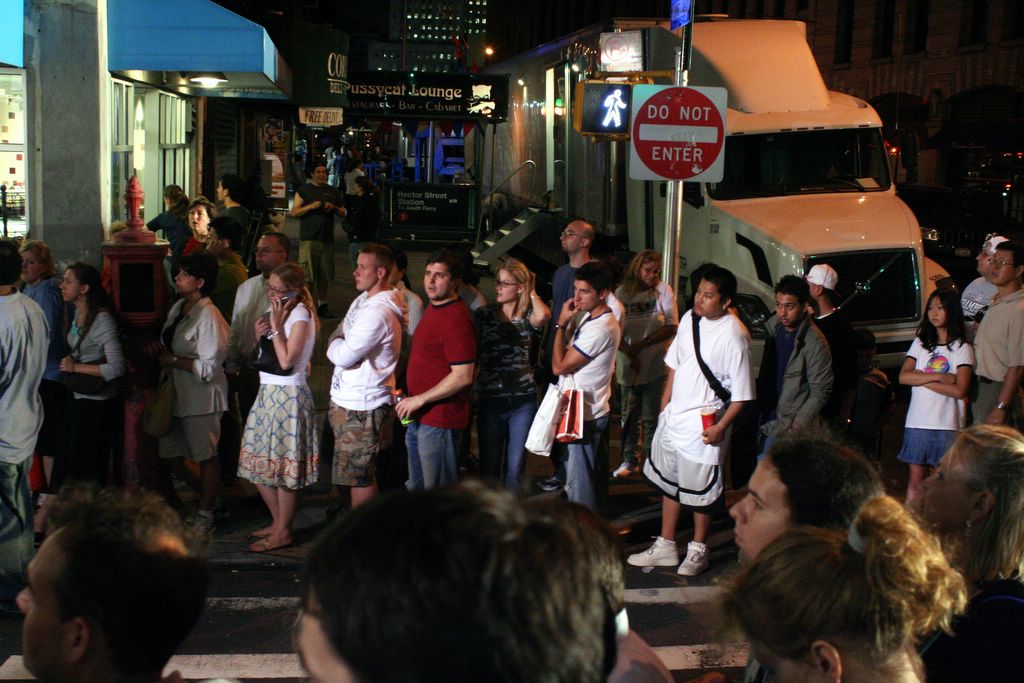 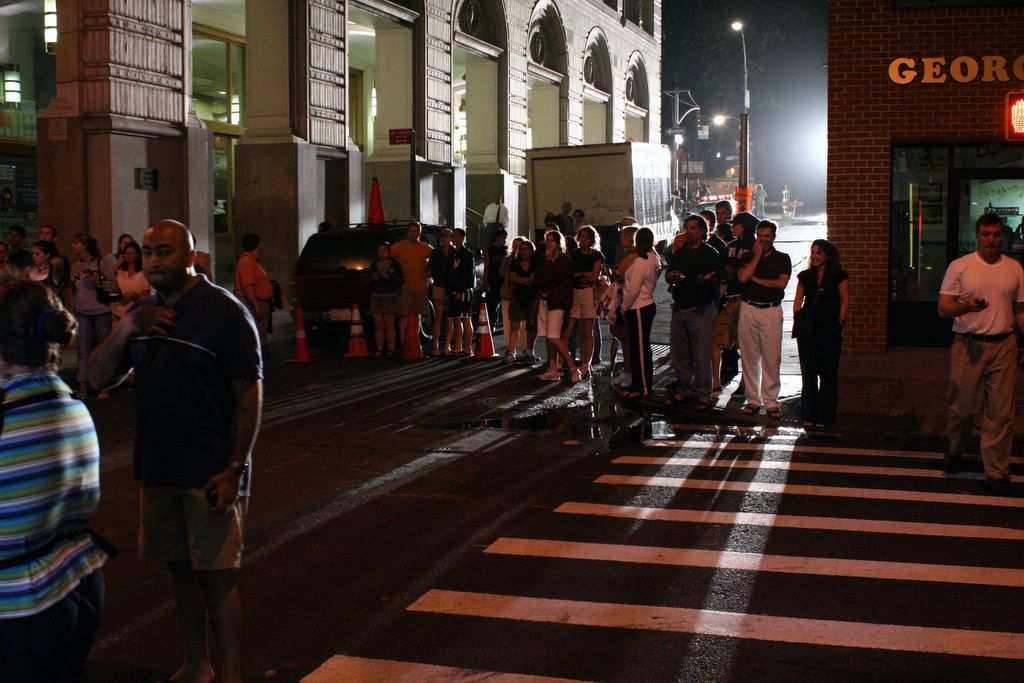 I had a lot of fun taking advantage of the movie lighting on Trinity Place. Even to my camera it looks like a Spider Man movie. 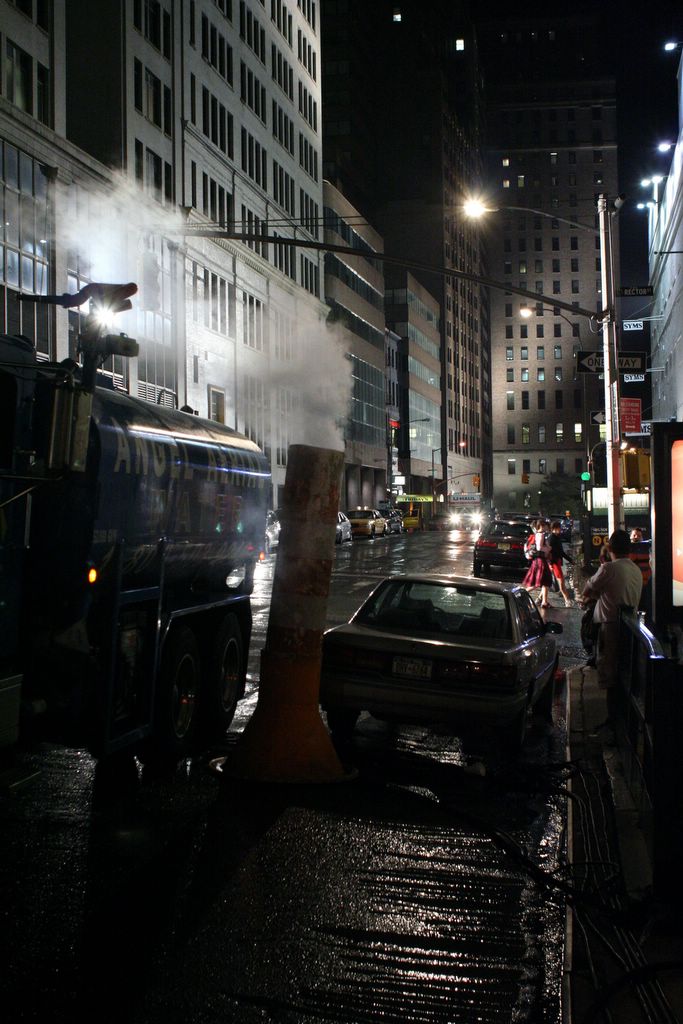 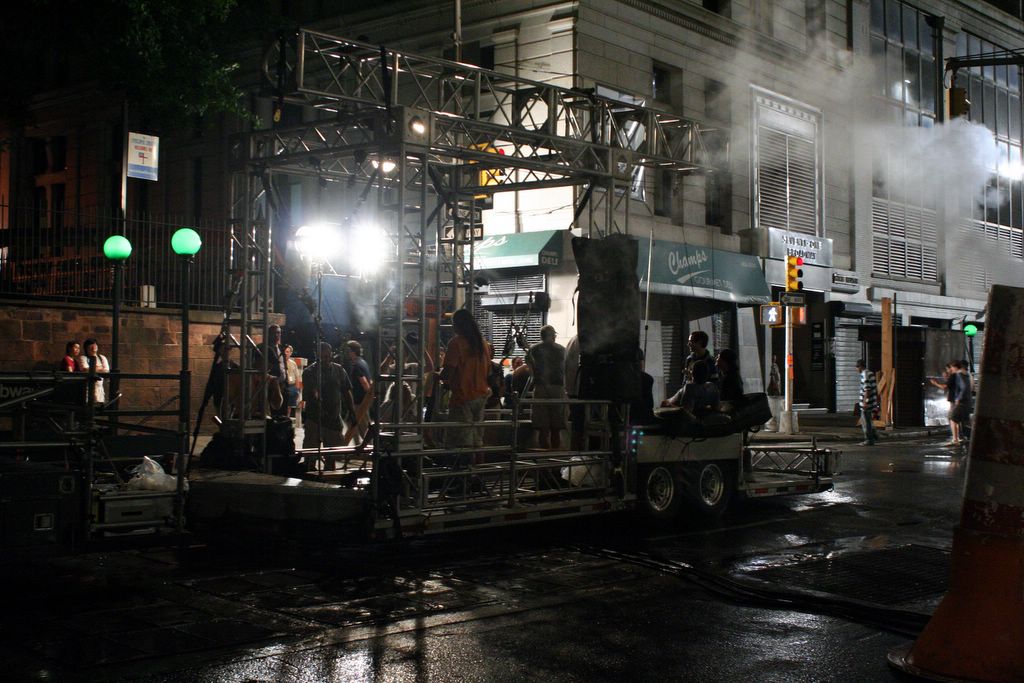 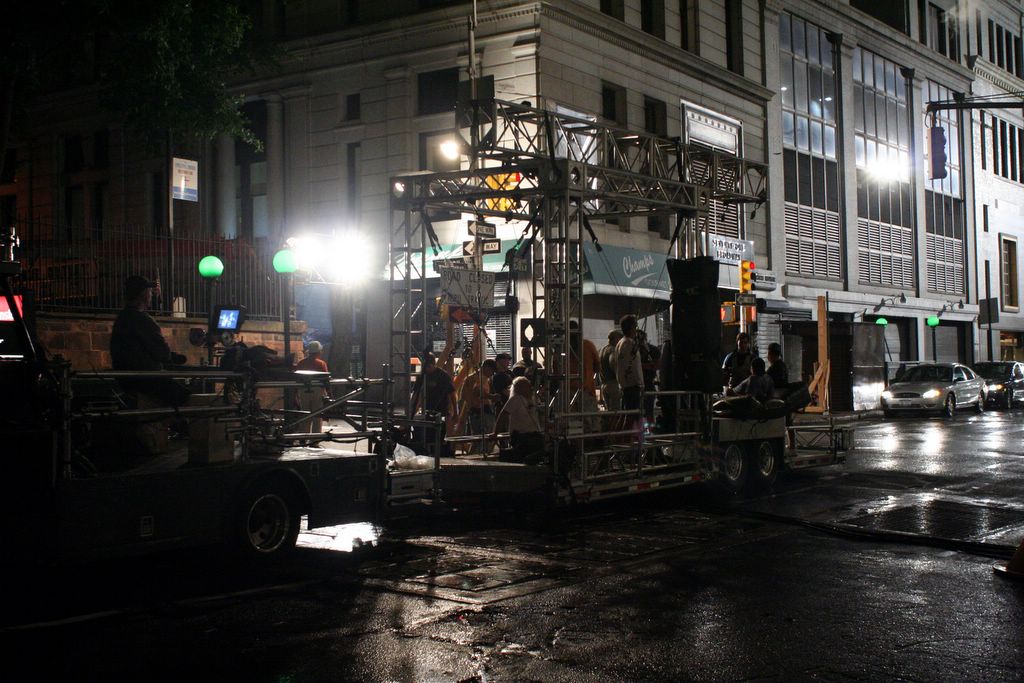 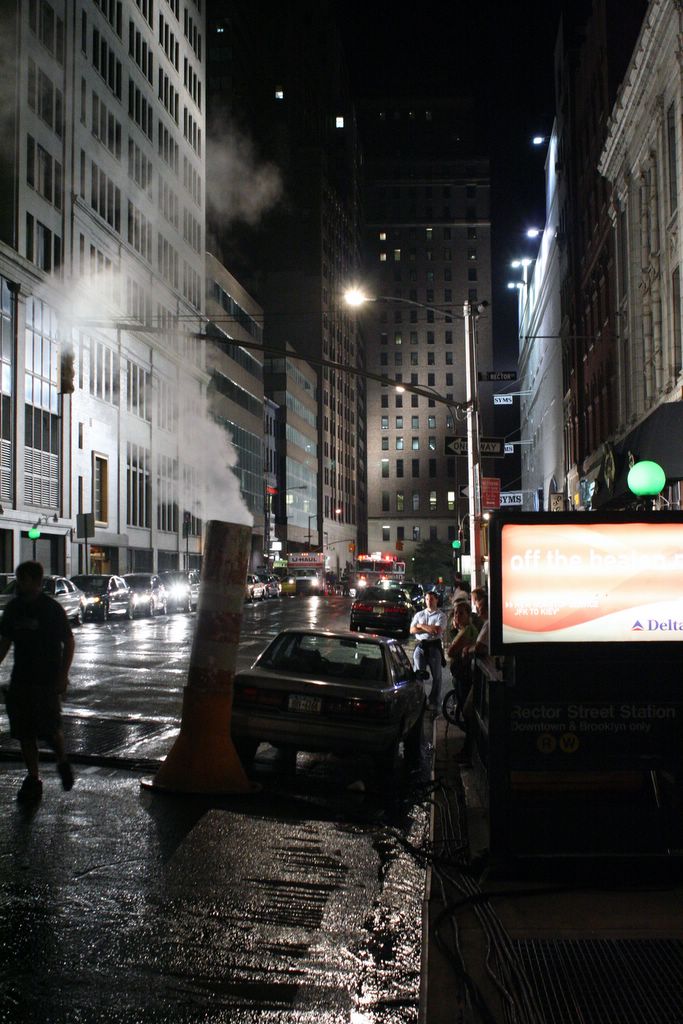 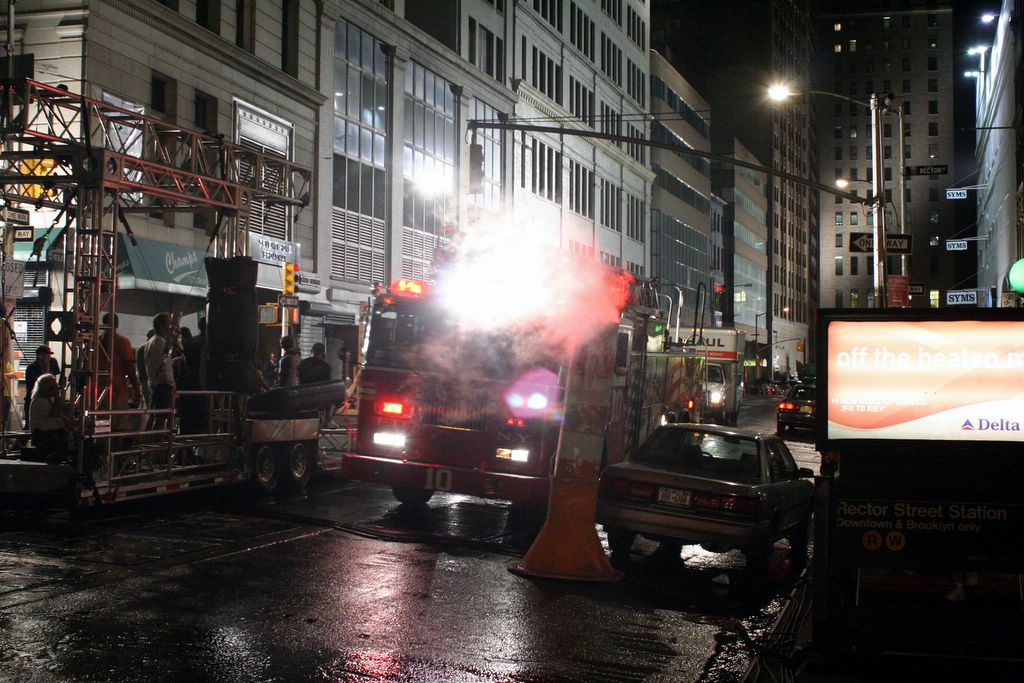 What photography, so clear and all. Wow! is all I can say.