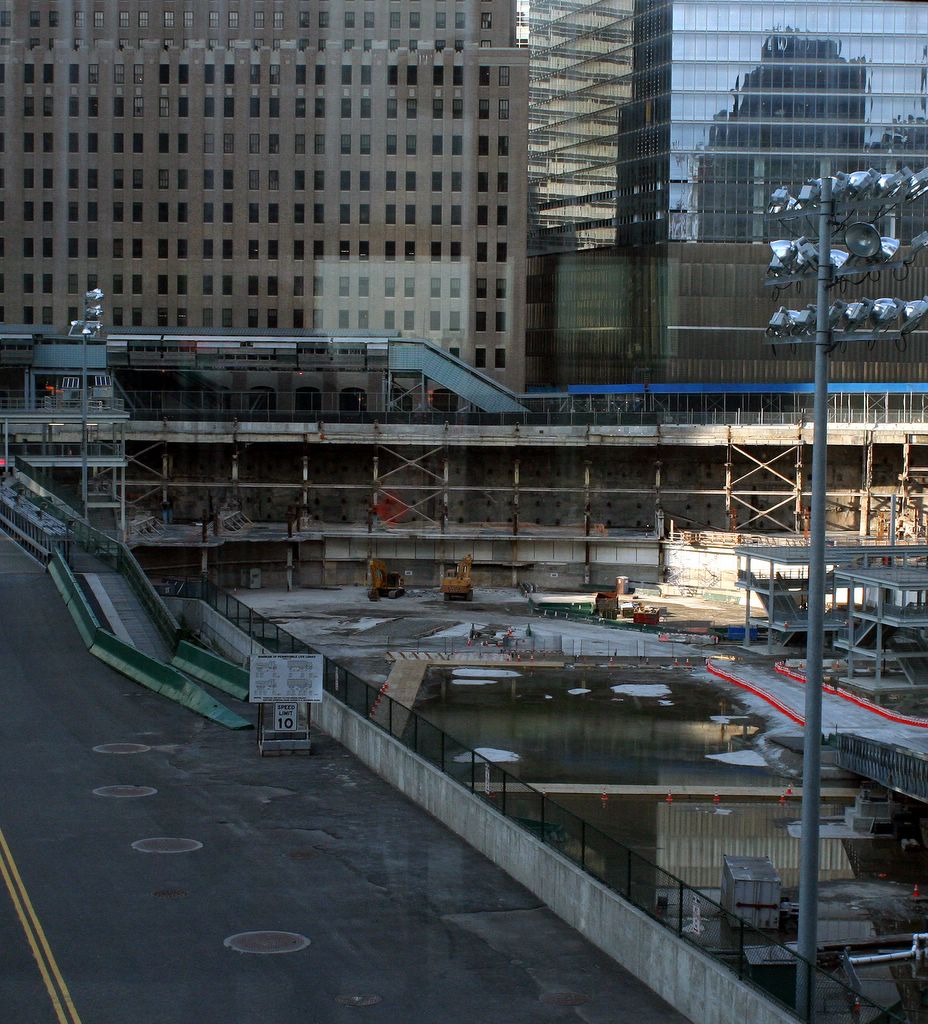 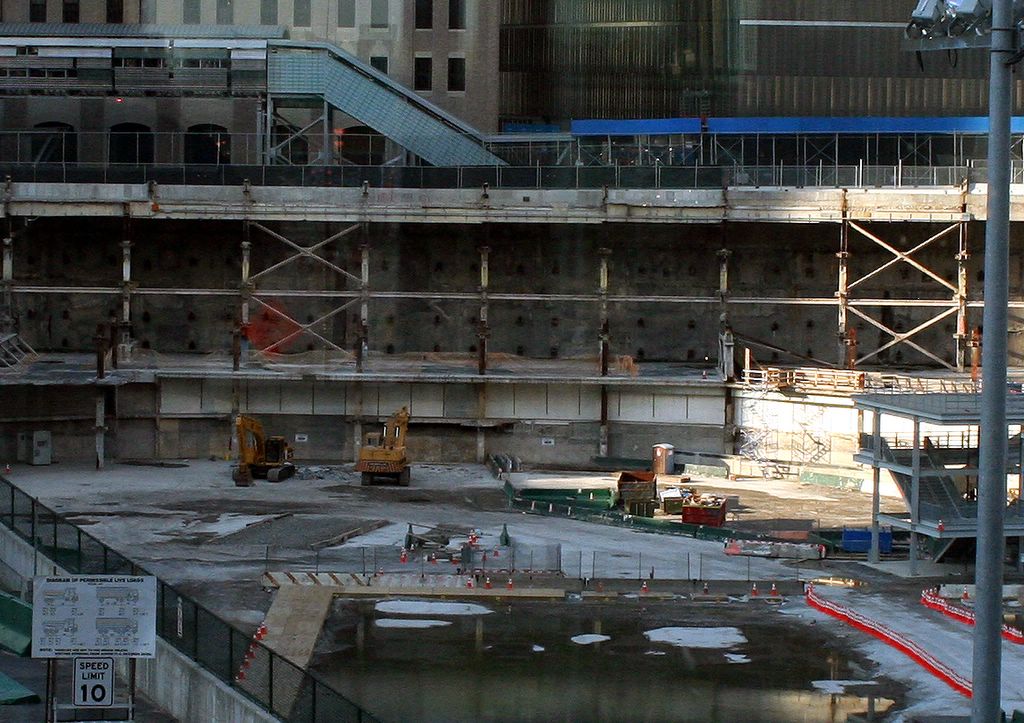 I've had a busy week, but not so busy that I wasn't going to get a photo on the first day of construction of the Freedom Tower. I don't think much construction actually happened today though. In fact, as much as I'm a fan of the back hoe, it seemed like an odd choice for the photo op since I thought the hole was already dug to either the bedrock or the tub bottom, but what do I know?

P.S. After outlining the footprints, there doesn't appear to have been much progress on the memorial (again, I don't know anything about constructions, so for all I know they're waiting for the cement to get hard), but I do like the look of 7WTC reflecting in the stagnant rainwater in the Tower 1 footprint (almost).