Today's "look it up your damn self" item involves the site of the new Goldman Sachs building at West and Vesey. I was wondering why there's no hole. I know there were delays but there has been work in there for a while now and yet no big hole for the foundation. Instead there's just a lot of drilling.

Turns out, not all buildings get a hole. From the Tribeca Trib:

Noise was a concern for CB1's Battery Park City Committee, whose members noted that 30 weeks of drilling -163 holes will be drilled and then plugged with steel and concrete pilings to support the building-would coincide with student testing at nearby schools.

Tishman agreed to work around exam schedules should the noise be a problem, though it was pointed out that the drilling procedure is not half as loud as pile driving. Similar drilling methods were used for the piles at 7 World Trade Center.

That's right. Come to think of it, there was no hole for 7WTC either. 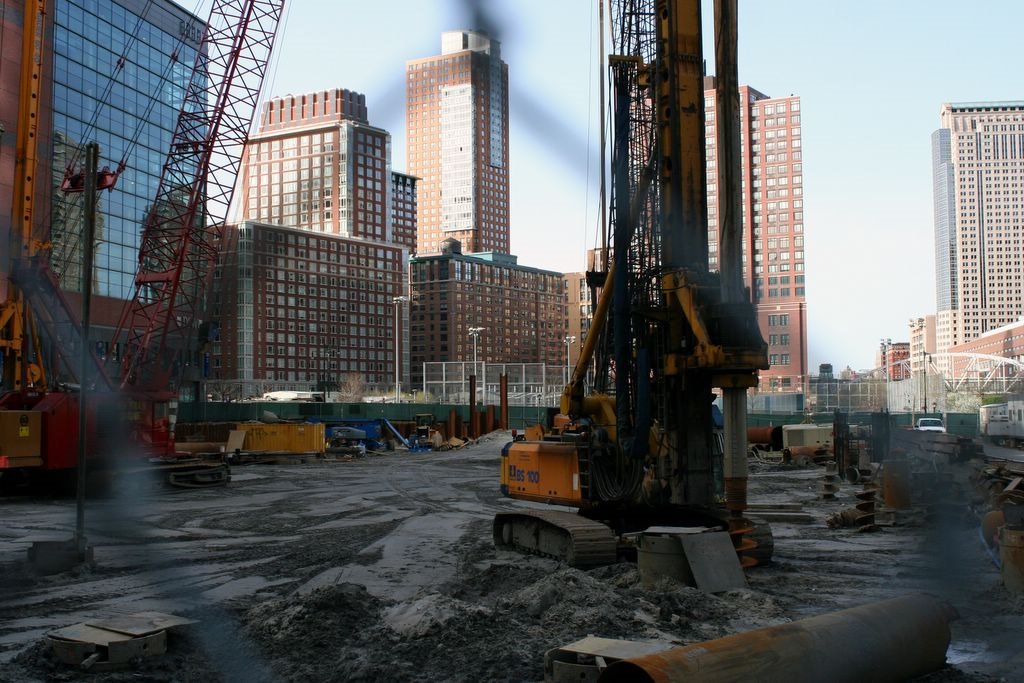 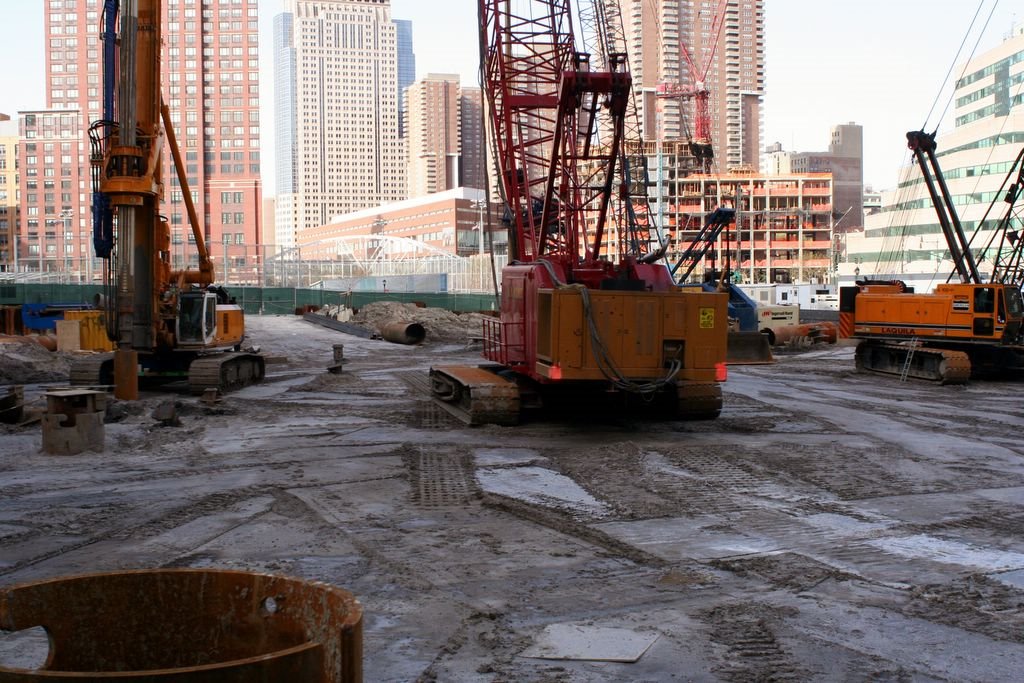 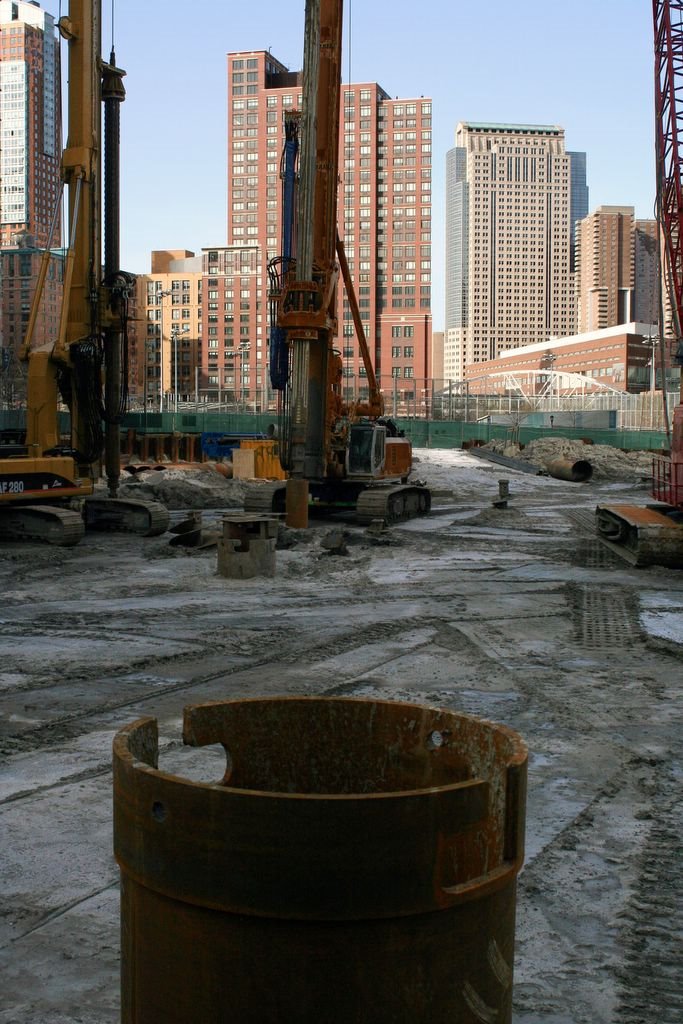