When did they put that there? 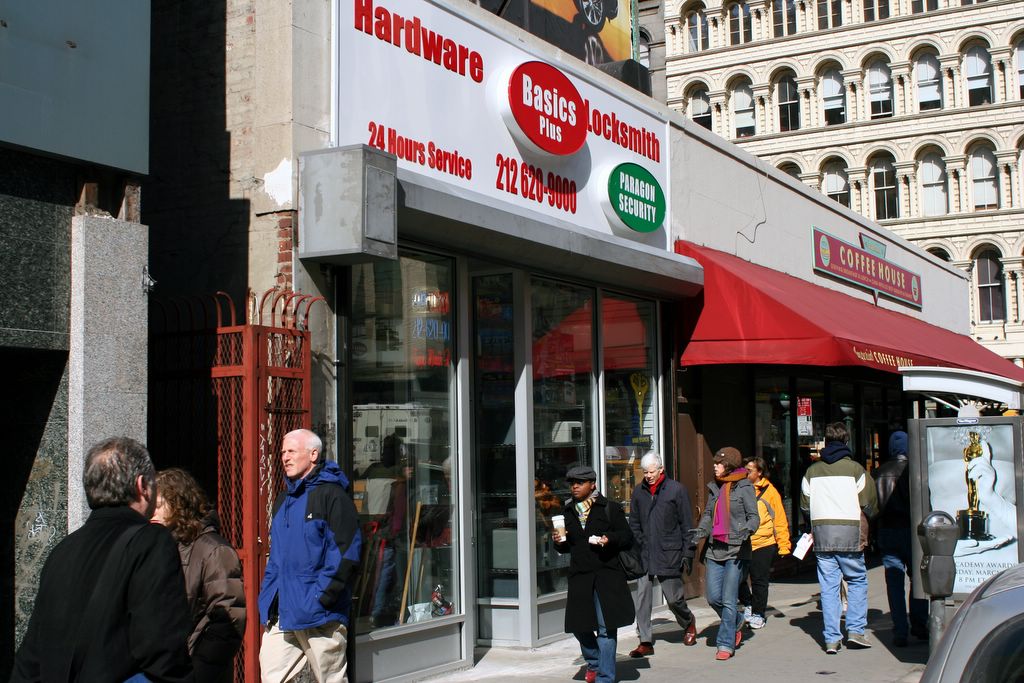 This is more than you want to read on a photoblog, but since I did the research I might as well post it.

With the all the discussion of whether a Home Depot in Hudson Square would sound the death kneel for small hardware stores in Lower Manhattan, I was suprised to get that "when did they put that there?" feeling as I passed a small hardware store at Church and Chambers. It looks new and I don't remember it being there before. Sure enough, The Real Deal shows it having a lease issue date of March 2006: "Hardware store signs five-year lease with one five-year option for its fifth location. The space also has a 400-square-foot basement. The store expects to open in spring 2006." So I guess they're ahead of schedule. Basics Plus is a local NYC chain with 5 stores. I'm not saying it won't get clobbered by Home Depot, but still, how often do you see a small local hardware store open?