You've probably seen them playing hockey on the playground on Houston at 6th ave. I watched for a bit and took some shots because if they can pretend to be hockey players, I can pretend to be a sports photographer. This first one is probably the best of the bunch. 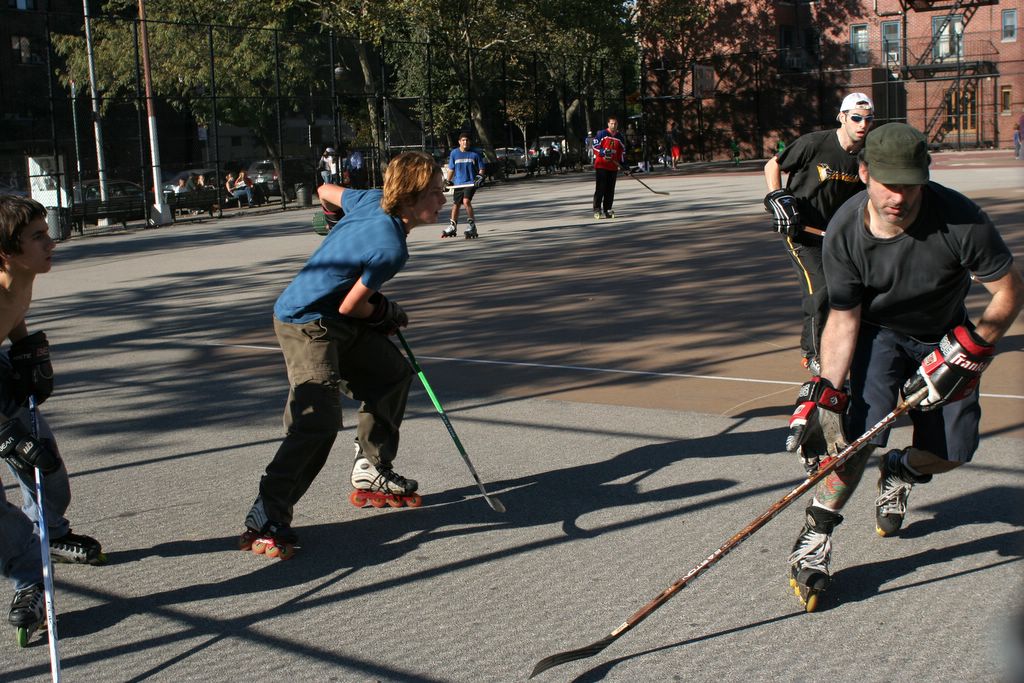 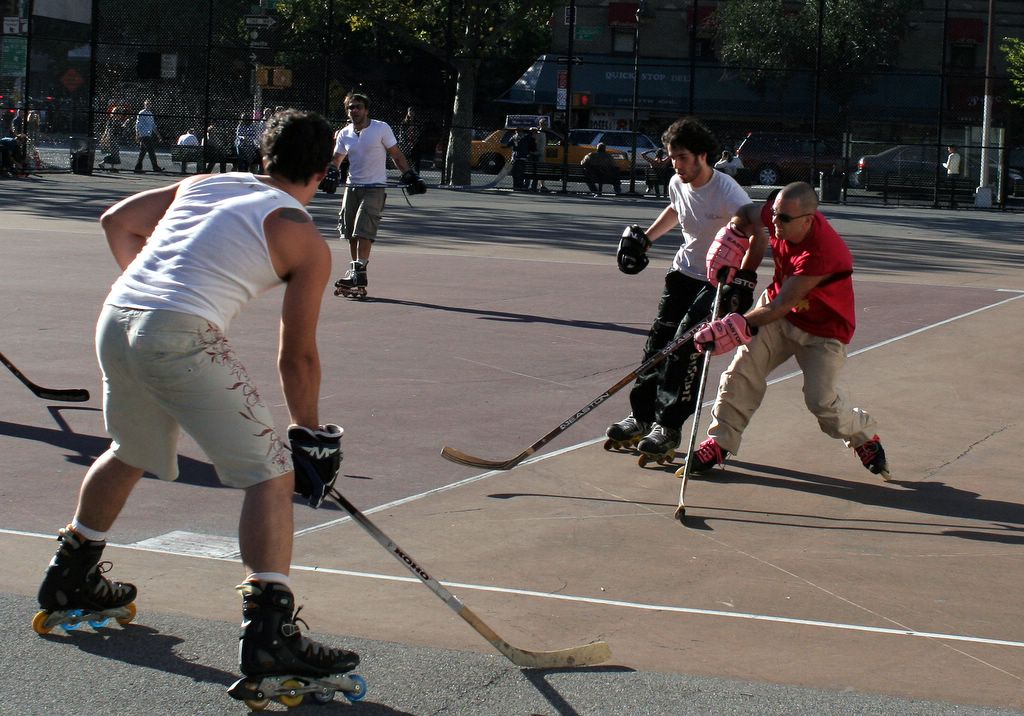 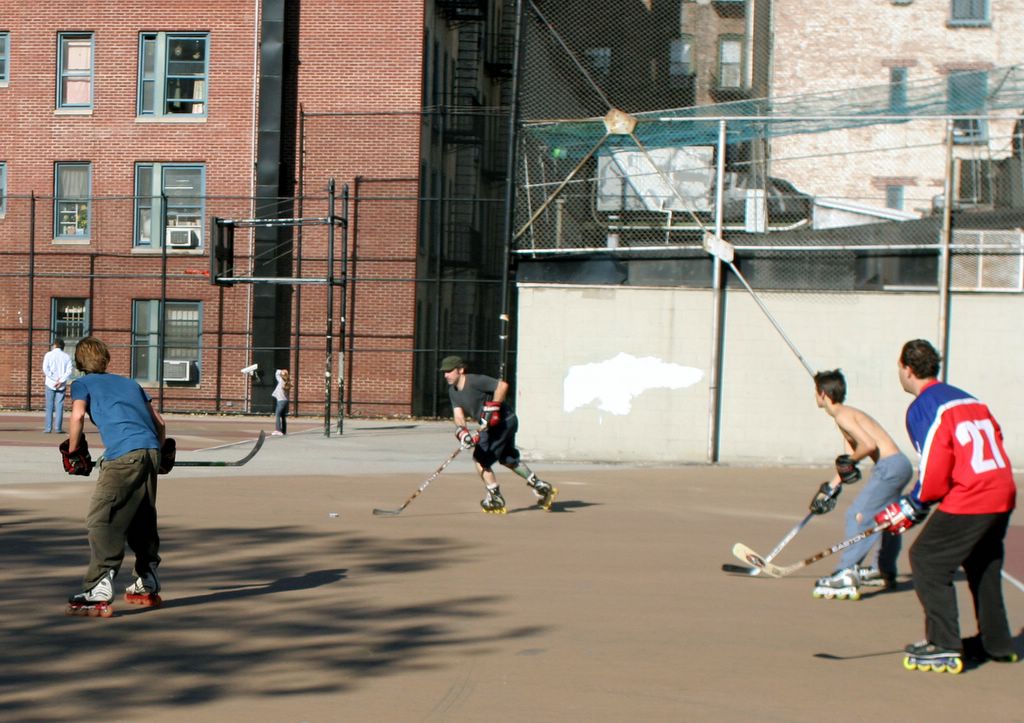 Have you ever heard a celebrity talk about doing something normal and you think they're full of crap? Well when Tim Robbins says he plays street hockey on the weekend on a public playground, he's not full of crap. He's really playing too, no posing. 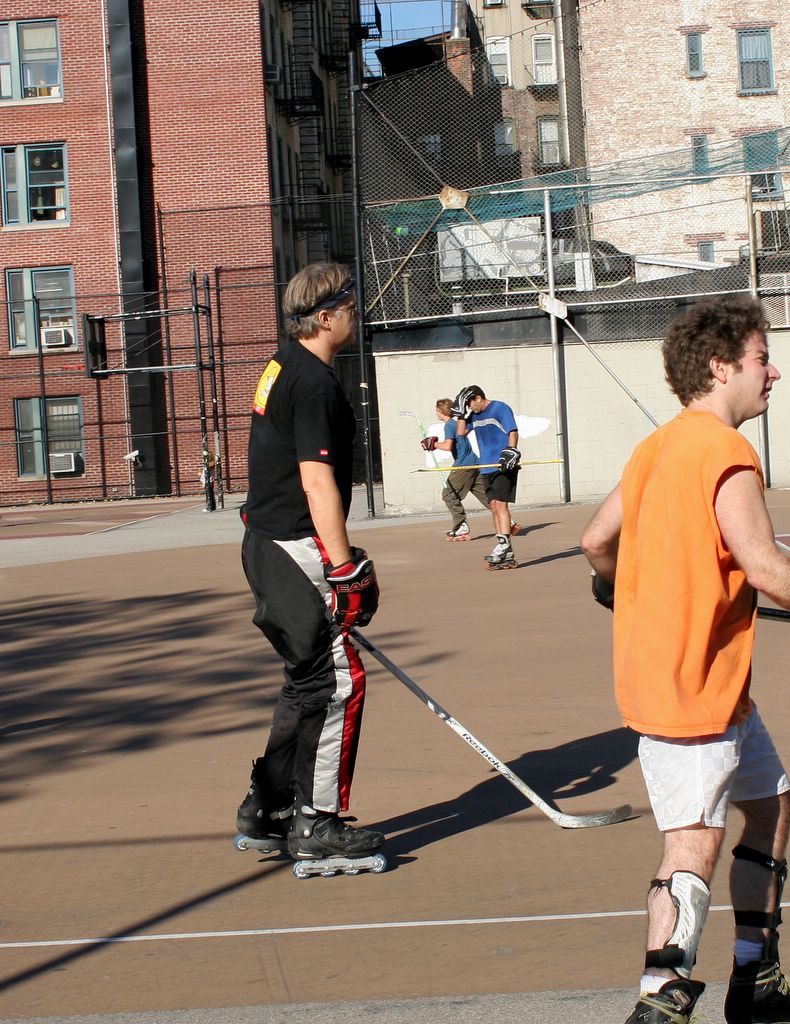 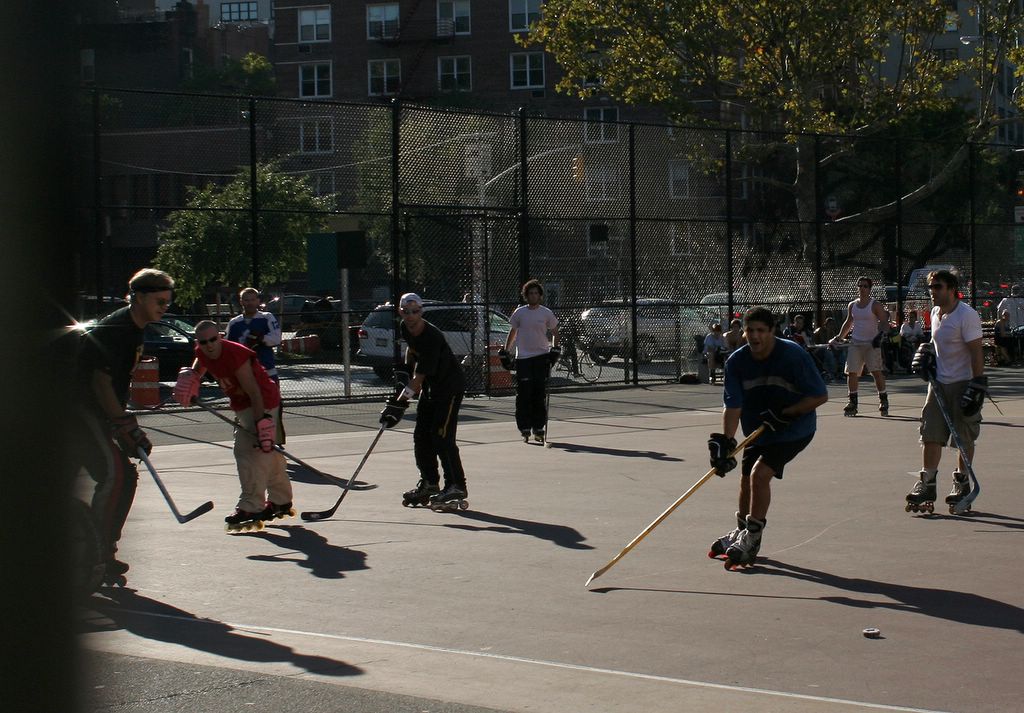