So I step out of the subway on my way to B&H (because eventually I'm going to buy a real camera, I swear it) and there's a cool bright yellow scaffolding in front of the Post Office. While looking for a good way to take a picture of it I notice a crowd, which of course I'm too nosey to ignore. 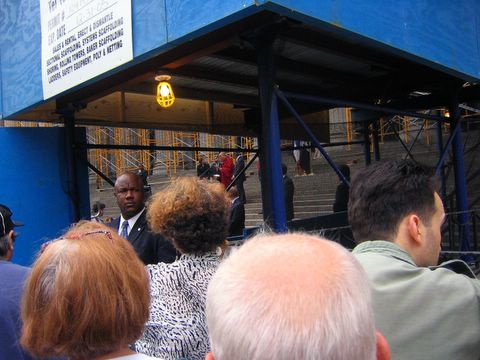 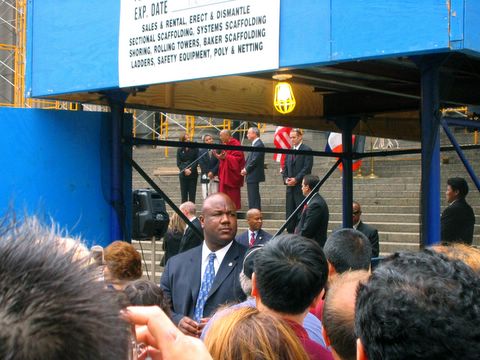 I love how in New York you can be checking out Reggae CDs at a street fair completely oblivious to the fact that the Dalai Lama is hanging out with the mayor 100 feet away. 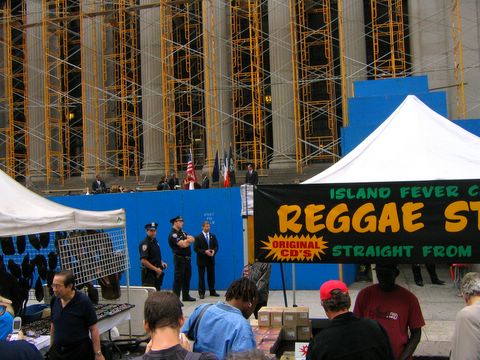 The white scarf was apparently the point of the ceremony. I don't know what they were doing. 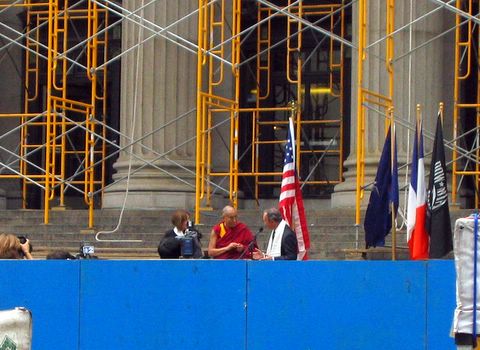 The ceremony ends and a little farther down the street Mr. Lama just comes strolling out onto the sidewalk. I run around for a better angle. All those damn body guards. 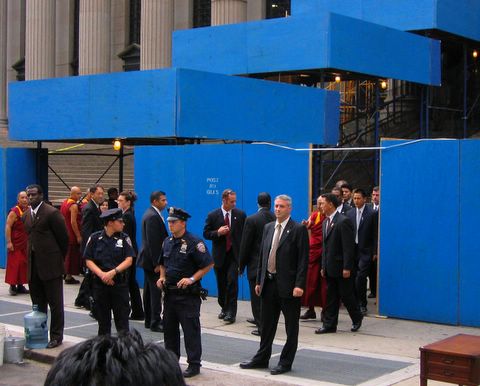 Slight camera malfunction so you'll have to take my word for what happened next. The Dalai Lama bought an ear of corn at the street fair and walked back in. 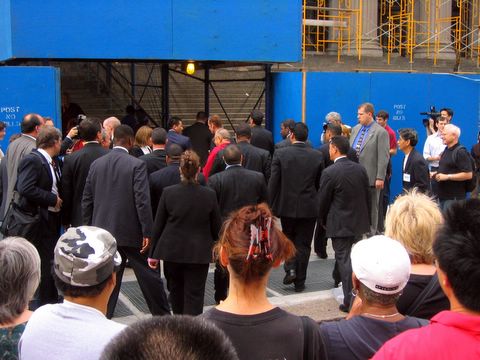 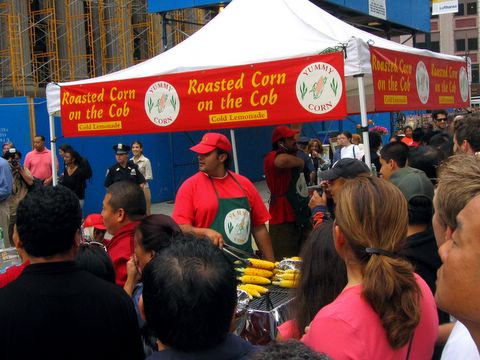 Woo Hoo! I served corn to the Dalai Lama!! 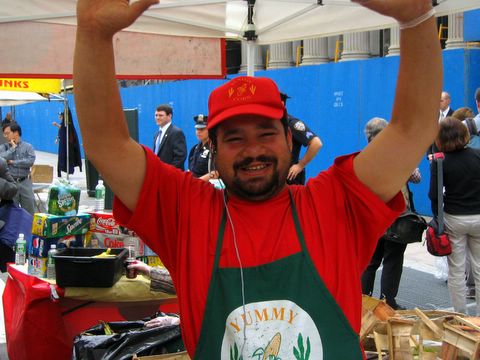 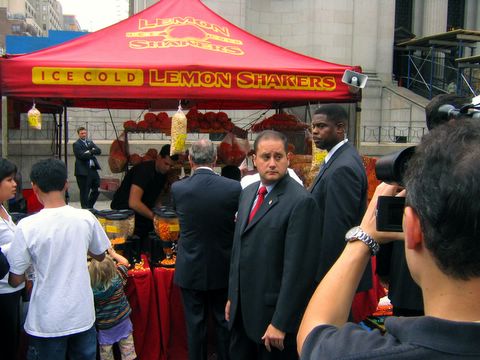 I was just complaining the other day that I never seen Bloomberg out on the street and the next thing you know I'm standing next to him. 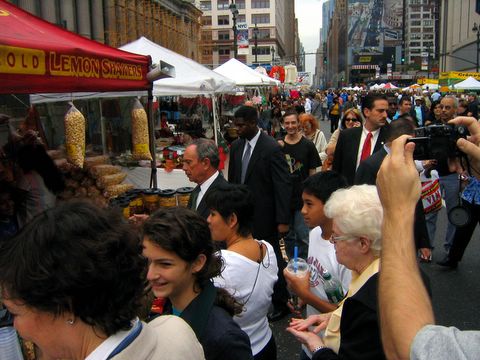 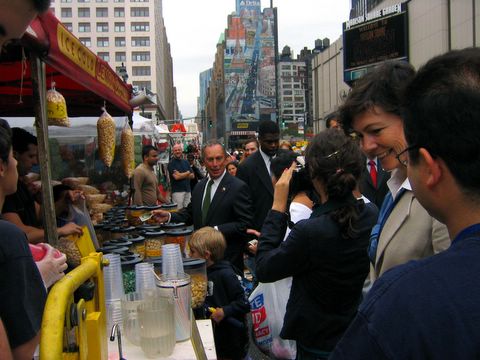 Put your money away babe, I got this. 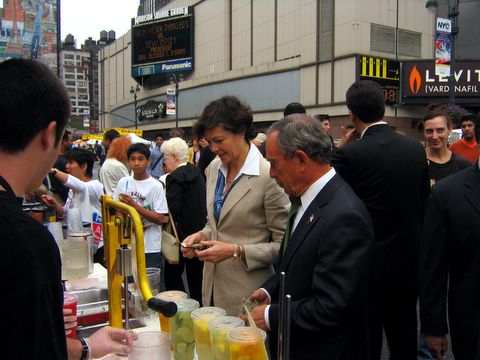 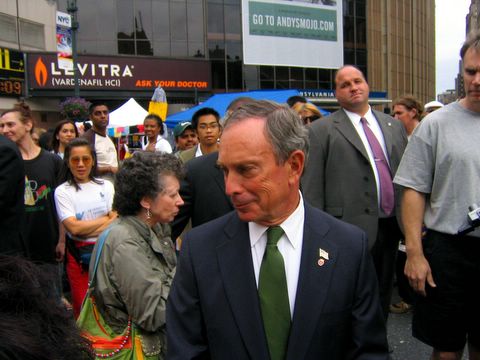 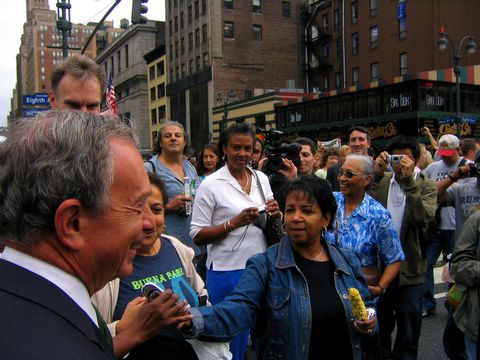