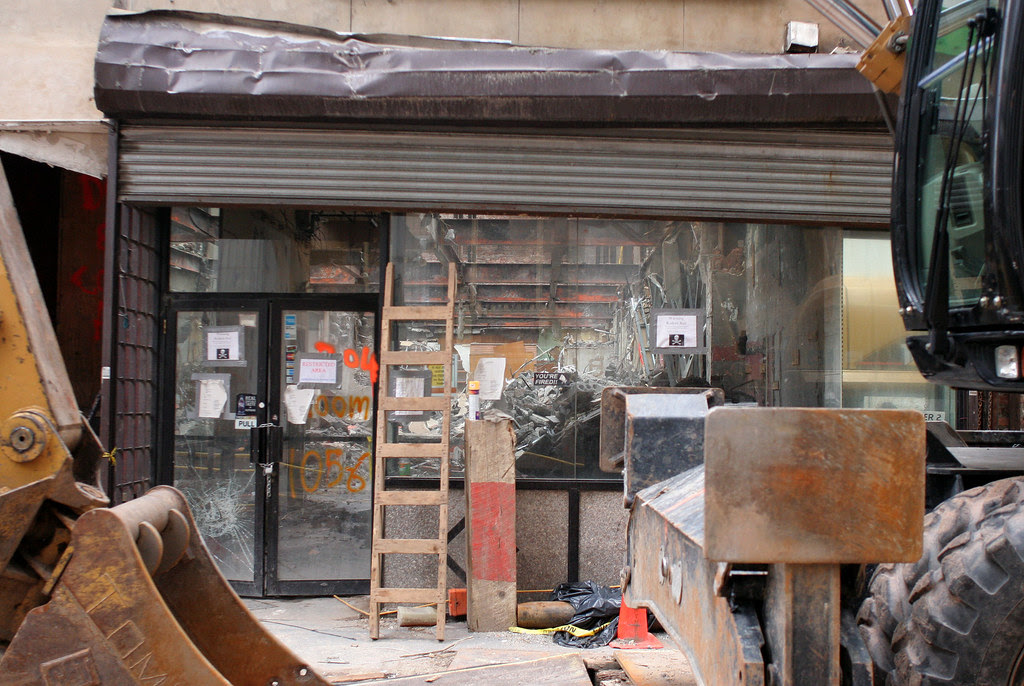 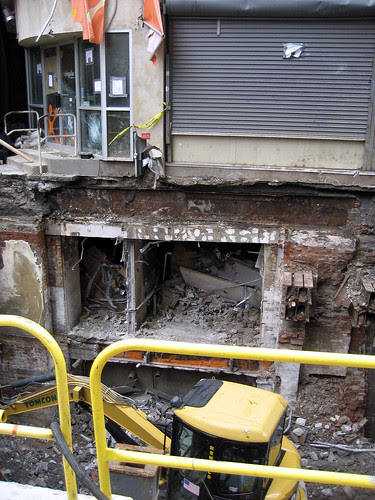 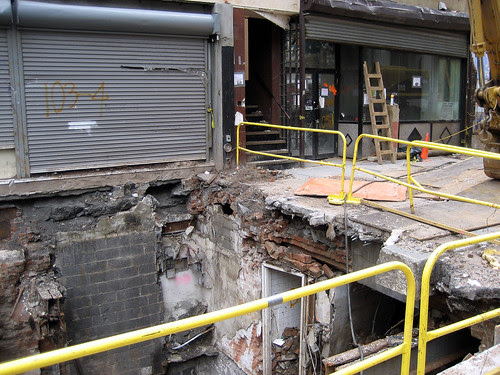 I still can't get over how graphic the destruction/demolition is for the new Fulton St. transit hub. I guess I'm used to seeing a plywood fence go up and behind it just a flat lot of broken bricks. Leaving up the shells and exposing the basements seems so graphic and dramatic. Remember right after 9/11 when the jeans place decided to preserve its dust-covered window display as a reminder? And what a controversy it was - particularly with the folks who wanted to clean up and move on? That place now looks like a plane hit it directly. The top picture here is what's left of the pizza place that was almost at the corner of Broadway and Fulton.