Most boring tax day at the Post Office ever

As you may recall, I love going to the post office at the last minute on tax day. It's usually a spectacle or protests and stress and street performers and caffine venders and just generally a surreal scene. This year the construction meant the steps were closed, so there was nothing out front except the Hawaiian Tropic girls (???) taking pictures with people and handing out fake flower leis. Inside was packed and confused and poorly managed - but what did you expect? 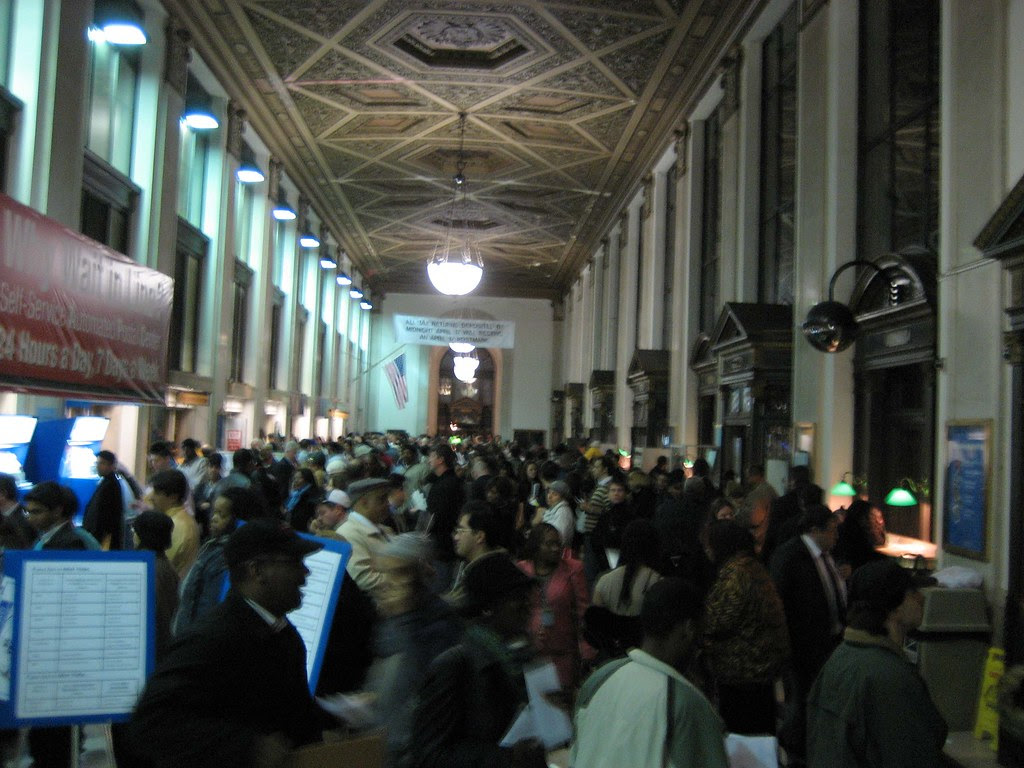 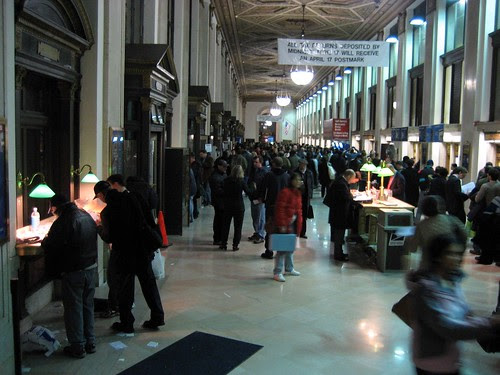 Doing taxes at the post office there on the left. 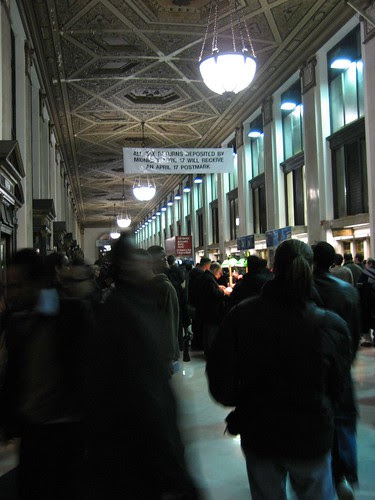 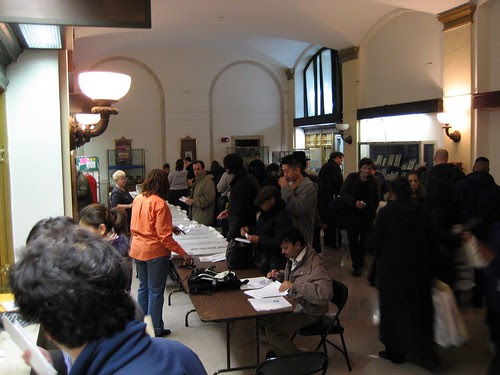 If you don't think it's fun to stand on long lines and see the people running around freaking out and trying to figure out the post office the secret trick to it all is to find one of the scales on the tables. There's almost no line, maybe two people, to weigh you envelops. Make a note of the cost of each, then buy stamps from the machine. Again, almost no line for some reason even in this packed house. Then there's this room, pictured above, where there's still no line and they'll stamp your stuff with a postmark and you're on your way. I stood on the regular line for about 15 minutes before leaving it to try the new automated machines which crashed after I'd stood there for a frickin' long time. (Actually, they didn't crash, they shut themselves down for some kind of database check, but that didn't make anyone on line feel good.) So I left that line and did the stamp trick. Ten minutes later I was out the door.

It seems that all Post Offices around the world operate on the same principles or lack of management.