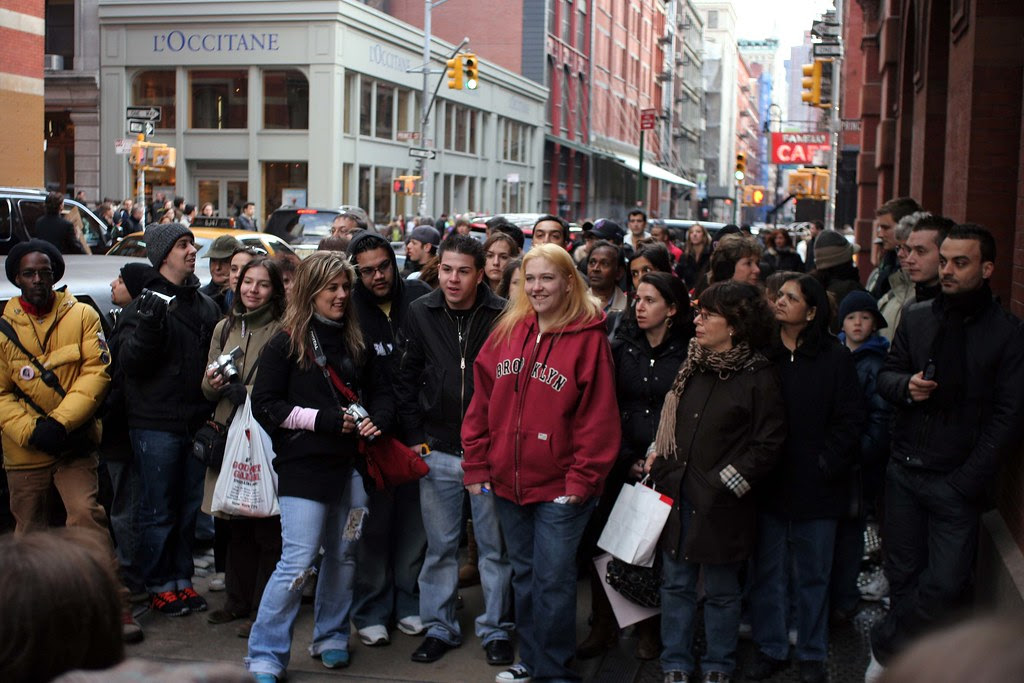 Walking through Soho on Saturday I came upon a huge crowd outside the Mercer Hotel. Famous people stay there all the time so I figured I was in for a celebrity sighting. At first people kept saying it was "Christina" and I thought it was an unexpectedly large crowd for that Spanish-speaking talk show host. Turns out it was Christina Aguilera. She had a concert on Long Island and lots of fans had come to the city to see her leave the hotel to go to the show. 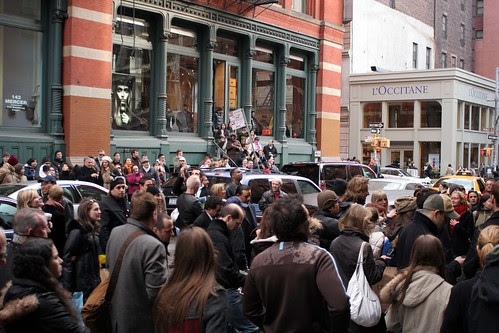 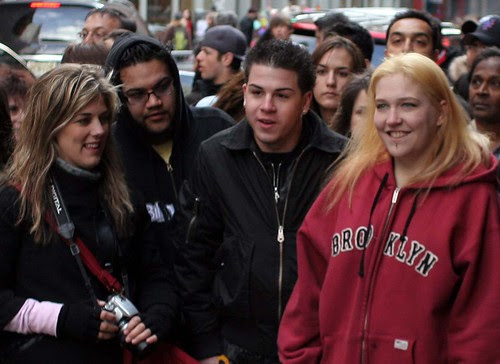 Here it is, your moment of celebrity sighting: 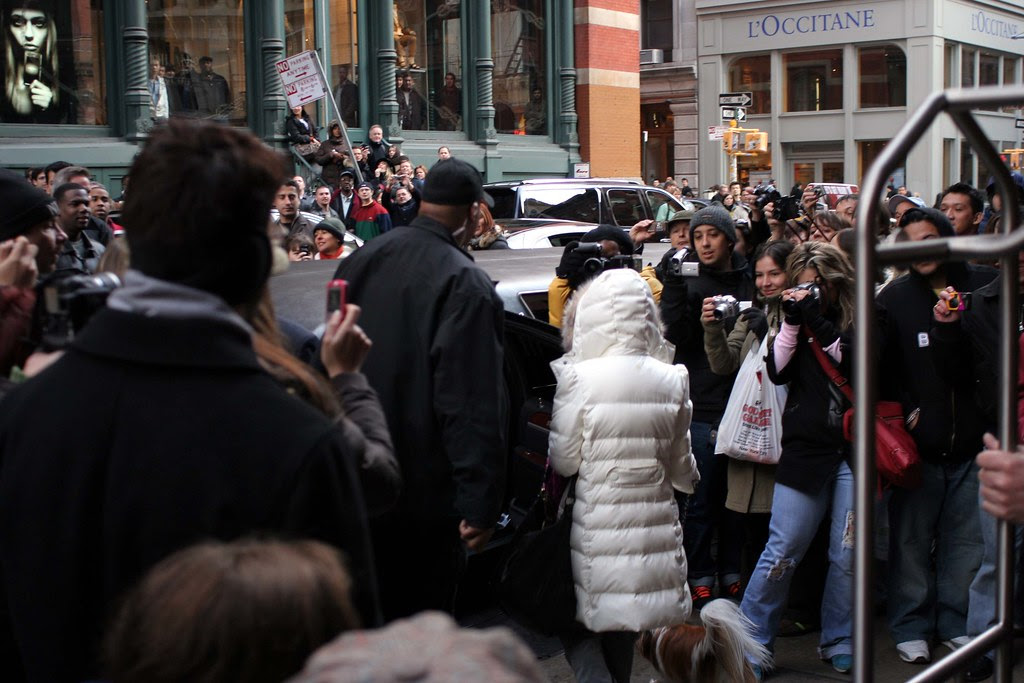 That's her in the white. She zipped so fast from the hotel to the limo, even with the camera on rapid fire I only got this one shot. Needless to say, probably the biggest anti-climax for a lot of people who thought they were going to get a little more to write home about.

Cool creepy camera phone ad in the upper left, given the context.

Who gives a crap about some talentless dwarf egomaniac?

Xtina is the best!

Haters go to hell to f*ch your mother!

awesome, most of the people standing there are not even taking part in the event. they're staring at the screen of their phone,camera,video...

It's a little weird to me that this post is suddenly getting a comments. May I ask how you folks are coming to this?

Too funny, I recognize some of those people, they are what I call Fanarazzi's or as they like to call themselves "Photo With Fans" (others might call them stalkerazzi's) or worse yet one of the guys likes to tell people he is friends with CA. In fact after this incident he said "she would have said hello, but there were too many people around, but they have a strong connection."

Also we are getting posts and hits because Cityrag was kind enough to do a segment on our blogs.