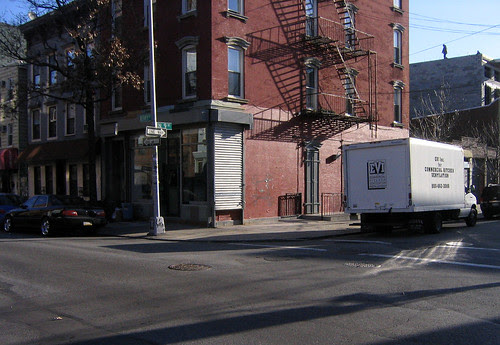 This is Berry & N9th, which you'll recall I peeked at through the door last week. This week they've got the gates up and I can officially confirm that it's going to be a restaurant. And I'm not just saying that because there's a kitchen vent truck parked outside. I don't want to get kicked out of the purely speculative photoblogger club, but the guy was right there cleaning the windows so I asked him. They open in February and it's going to be a Vietnamese restaurant. 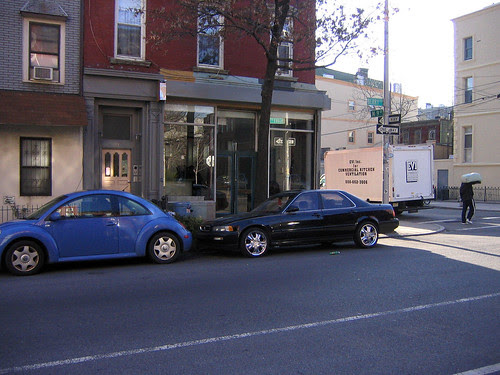 Below is N8th & Wythe where they've taken most of the cardboard off the windows and are surely close to opening soon. That's not a customer in the picture though. 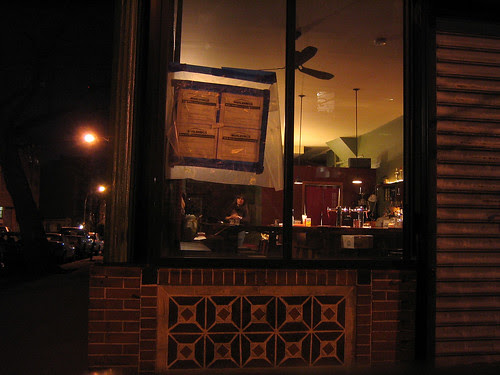 Since I walk past both almost every day I'm watching the progress on the building next to 55 Berry and the building down on N3rd across from the Mill Building (pictured below) as a sort of race. They appear to be at about the same point right now, but I never see workers at the Berrry St. site and these guys at N3rd are always working. 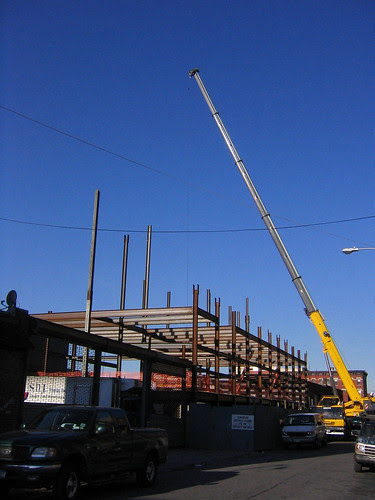 The Vietnamese restaurant is going to be called "Silent H" and has a website up already: http://www.silenthbrooklyn.com . you can click on the stamps and also on the "h" on the name and a bunch of tasty menu items come up, along with some "letter" from the owner/chef.