I think a mayoral candidate could with the election on the single issue platform of bringing back the checkered cab. I won't go on a rant here about how ridiculous it is that taxi car policy doesn't make more sense in terms of fuel economy, pollution, passenger comfort (which isn't to say I won't go on that rant ever), so for now, just enjoy the photos.

The story, what there is of it, is that these two cars were clearly rented for some function being attended by hotel guests (I'm standing next to the WFC Marriot). So these cars pull up to pick up their passengers, and meanwhile, a regular family of tourists just assume they're real cabs (and why shouldn't they, that's what cabs look like in the movies) and try to get in -awkwardness ensued. Of course, in this shot you can see the hotel employee in the middle of West St. trying to get them a real cab. 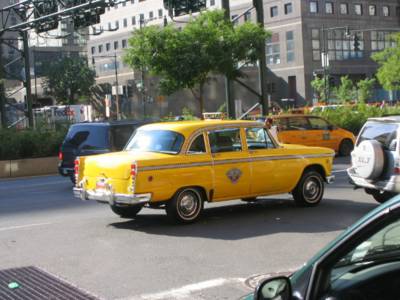 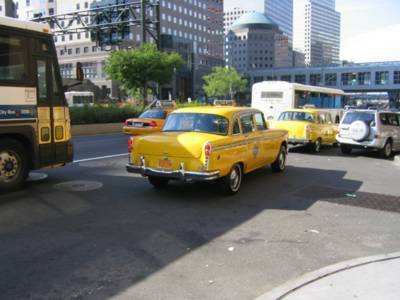 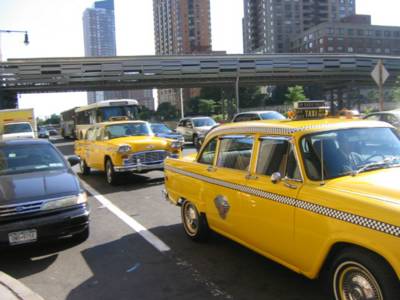 By the way, I think the Rector Street pedestrian bridge looks pretty cool in this shot, probably close to what the artist envisioned. I mention this because usually I think that bridge is ugly as heck, and it drives me crazy that you can't see from it because of that haphazard side paneling. 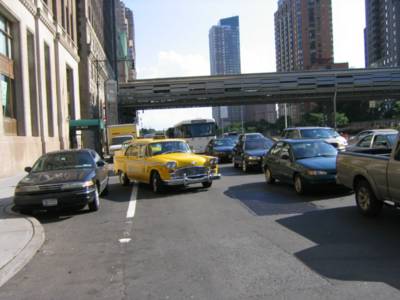