Tsk. Nassau Street. A few months ago this was a new restaurant called "Home Cookin'" or something like that. It seemed like almost overnight that it had one of those stickers on the door that said it was seized by federal marshalls or one of those official bad news documents. And now it's ANOTHER Dunkin' Donuts. Ug. There's on just like 3 blocks away on Front Street! Oh well, at least it's not another drug store. 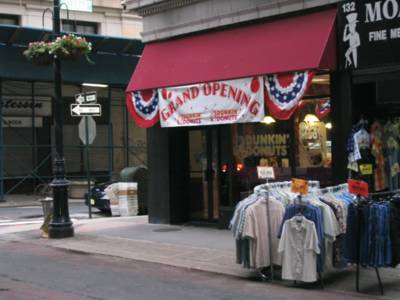