Residents of the little neighborhood north of the Battery (NoBatt, if you will), have one street still unrecovered since 9/11, Thames between Trinity and Greenwich. The other day I noticed they'd taken all the scaffolding down, which had been there for years, and the new light falling on this tiny street -more of an alley really- made me more aware of the abandoned store fronts so I took a casual snap.

In the foreground was a two story Japanese restaurant. There used to be signs on the door saying they'd moved to over by Zeytuna somewhere, on the other side of Broadway. The Indian place actually did open after 9/11, though I can't imagine it did any business. In the distance was a check cashing place. It looks generally smashed and empty now. 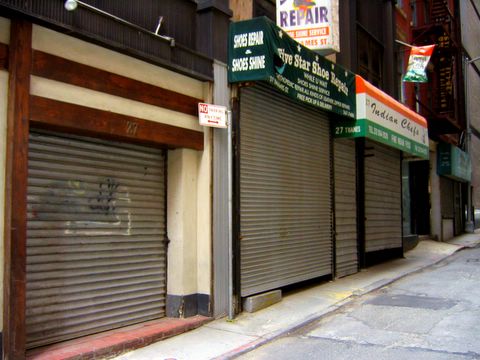 So I took the above photo and put it no where and didn't think about it until this past weekend when I noticed there was new scaffolding up and all the store fronts have been boarded up in a "we're fixing things up" way. 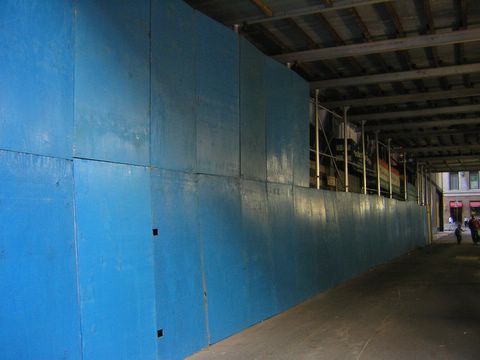 So this will be my new progress report diversion. Hopefully they take the necessary steps to make sure the dust in there doesn't get too kicked up.