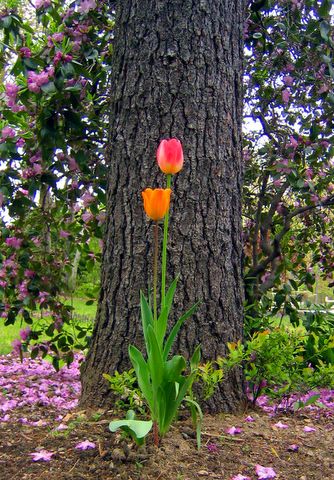 Of the three "two tulips" shots, I like this one the best.... but it seems that the tree bark is in the strongest focus rather than the two flowers... do you think it would be possible to change the focus so the flowers would be the crispest things in the shot?

Since I use a point & shoot, I don't have a lot of control over the focus. I point it, let the camera shoot the laser beam and hopefully it chooses the right target. I wonder if the flowers look less in focus by virtue of their having less texture to begin with.