Breaking News -94 Greenwich to be restaurant 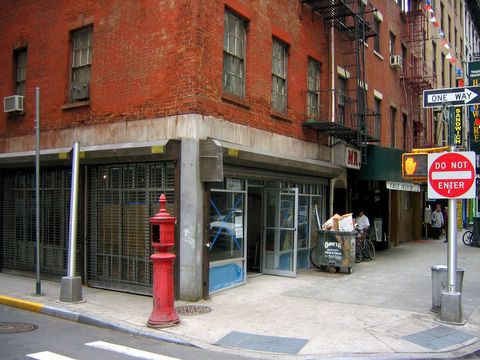 94 Greenwich Street, at the corner of Rector Stree, previously mentioned here, will be a restaurant. This according to a guy who happened to be standing in there when I stuck my head in the door and asked, "What's going to be here?"

"What is this going to be, a restaurant?"

"A nice one? Like a sit-down restaurant, do you know?"

Actually, I don't think the guy understood English very well, but he seemed to know what I meant when I said restaurant. So far we've seen them gut the place and refinish it (still in the works). They took out the big windows and replaced them with new big windows. Right now the guard gates for those windows are sitting on the sidewalk, so I guess they got new guard gates. Also, locals will recall there was a closet-like shop that sold hats and scarves and stuff at the back. They knocked down the wall to that and built a separate little room back there. They also put what looks like an apartment upstairs.

I was concerned because I haven't seen anything in there that looks like a kitchen. Previously there was a fry-basket station and a short order fry station in the front, and a couple pizza ovens in the back, but no formal kitchen area, and even those are gone now. But the guy said yes when I said restaurant, so I'm going to believe that -- at least until I get up the nerve to stick my head in there again and ask another worker. 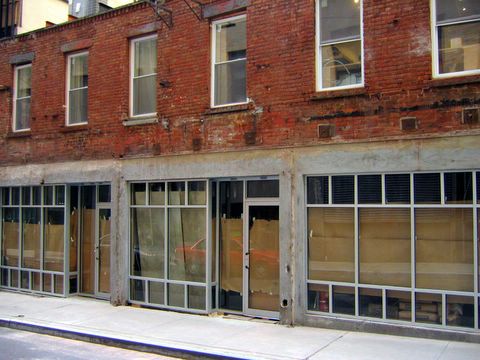 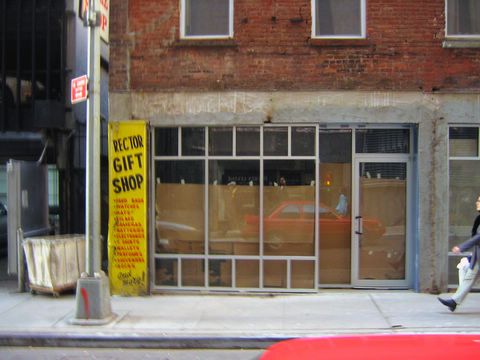 The second door is part of a new room built on the back. A kitchen?

ADDED:
Check out these old photos I found of this side of Rector Street. Click it for a bigger image and be sure to "view verso" for the description. 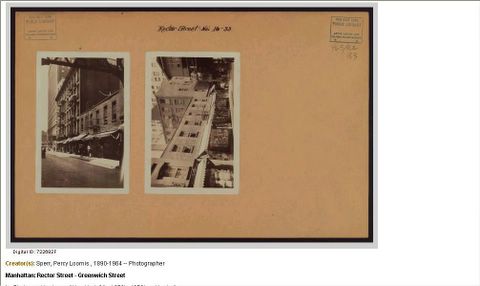