I have a lot of ice photos. I'm trying to figure out how to group them in some order. 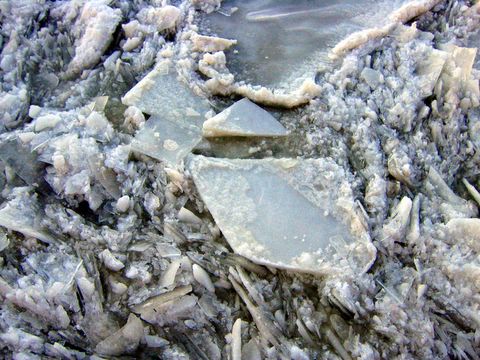 This is in the shadows of the ferry terminal where the ice is trapped and not moving with the current of the river so it's holding nice and still for a better focused shot. 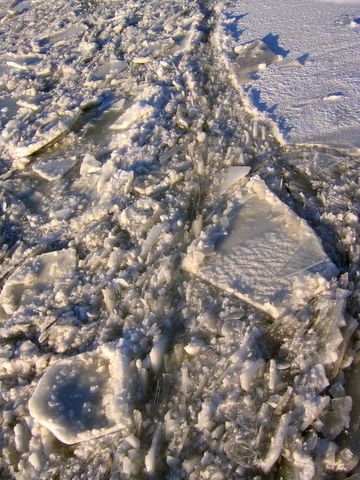 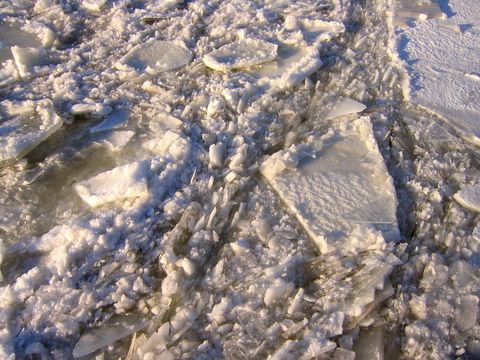 The best part of this stage of freezing on the river is the sound. If you're able to get over to the Hudson, try to get to a spot that juts out, like the ferry terminal, or in the case of the bottom two, the noreast corner of Battery Park City. Some of the ice gets stuck and the rest slides by, make the most remarkable sound -a mix of broken glass and wind chimes.

What I'd actually hoped to show in the bottom two photos is that half is moving pretty quickly with the current and the other half is still. I don't have an f stop to make that happen, but you can still see that on the right the trapezoid is in both shots, but the left side has changed. It's really something to see.